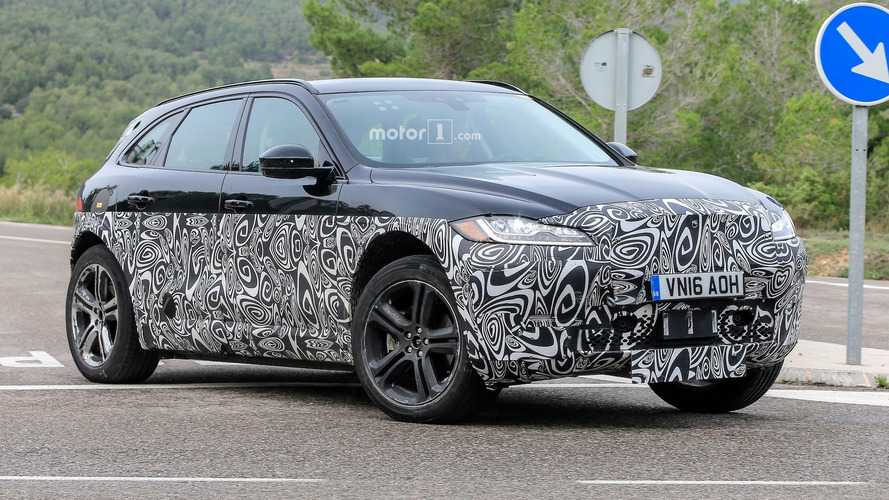 Fresh off its L.A. debut, the Jaguar I-Pace was spotted testing in the U.K.

Jaguar turned some heads at the 2016 Los Angeles Auto Show with the introduction of the all-electric I-Pace concept, and one stunning modernized classic. But the I-Pace was more than just an exercise. In just a few years, the Tesla-rivaling SUV will be in the lineup and available to consumers. Some new spy shots are further proof of that.

Spotted testing on public roads in the U.K., the mule seen here may not share the same visual cues with the concept, but under the hood, the 400-horsepower (298-kilowatt) electric powertrain remains in tact. Some light camo covers the grille and the bottom half of the vehicle, as well as the rear wing, pointing to some production-ready bits. Unfortunately, it won’t be some time until we see the production I-Pace on the road.

Arriving in 2018, the I-Pace will share nearly 90 percent of its cues with the concept we saw in L.A. Things like the wheels and the aggressively sloped rear will undoubtedly be revised, as will the interior. The 90-kilowatt-hour battery pack, though, will remain, allowing the dual electric motors to achieve a range of 220 miles (354 kilometers) on a single charge and the aforementioned 400 horsepower (298 kilowatts) and 516 pound-feet (699 Newton-Meters) of torque.

The prototype seen here seems to be an evolution of the example we saw back in September. Though it shares a similar sloped rear overhang, the fascia is less defined, proposing a more production-ready look underneath, and more camouflage covers the rear.

Unfortunately, we won’t know what all this means until the I-Pace makes its debut in 2018. Reports suggest the SUV will be built at Magna Steyr in Austria, the same facility where the new Toyota Supra will be produced, and will be just one of two cars contracted to the facility by Jaguar Land Rover.