Do you think the damage is repairable?

McLaren’s vehicles are special to begin with, but the ones with extra attention from the firm’s McLaren Special Operations (MSO) customization division are even more exceptional. It’s a shame to see one crash, especially a supercar as rare as the MSO HS, of which there are just 25 units. Deliveries for the ultimate evolution so far of the brand’s Super Series of models only began in late September, so the one in this wreck had only been on the road for at most a few weeks.

We don’t have the exact details of this crash’s cause. Perhaps, the supercar driver rammed into the back of the delivery truck. However, the more likely scenario was that the person behind the wheel of the commercial vehicle didn’t see the low-slung MSO HS while reversing. 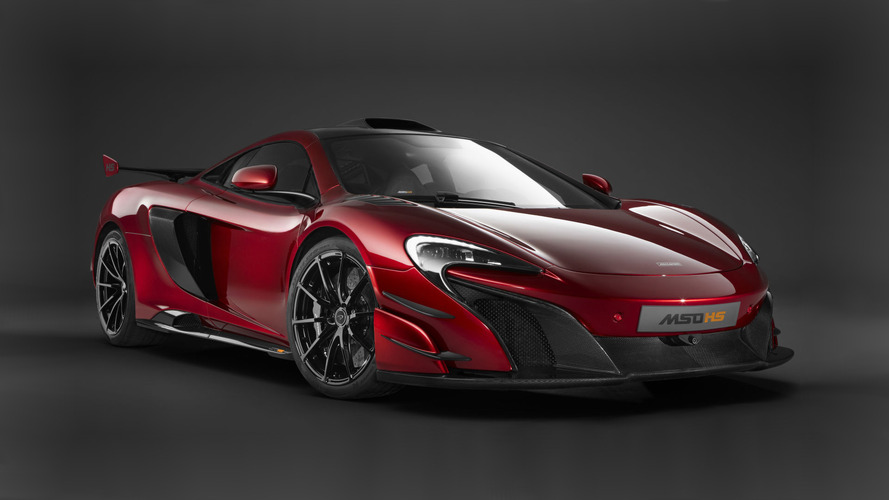 Regardless of how the accident happened, the MSO HS’ nose was thoroughly wedged under the box truck’s tail lift. However, the McLaren’s low ride height might have actually helped it. While the coupe probably needs a trip back to MSO for a new hood, the damage’s location likely minimizes potential mechanical or chassis damage. The repair might take the car off the road for a little while, but we conceivably can’t strike an HS off the 25-unit population yet.

The MSO HS sits at the top of McLaren’s current Super Series lineup, which includes models like the 650S and 675LT. A slight power bump takes the 3.8-liter biturbo V8 to 678 horsepower (506 kilowatts), but the aerodynamic upgrades are what really make the coupe special. MSO fits a aggressive parts like a front splitter with canards at the corners and P1 GTR-inspired rear wing. In addition to looking good, the tweaks reportedly produce 485 pounds (220 kilograms) of downforce at 150 miles per hour (240 kilometers per hour).

As one would expect of a low-production, high-performance supercar from McLaren, all 25 examples of the MSO HS already have buyers. Each one reportedly has a different color and trim than the rest. We hope the owner of this British Racing Green and yellow example gets the coupe back on the road soon.