Jaguar I-Pace will be built in Austria 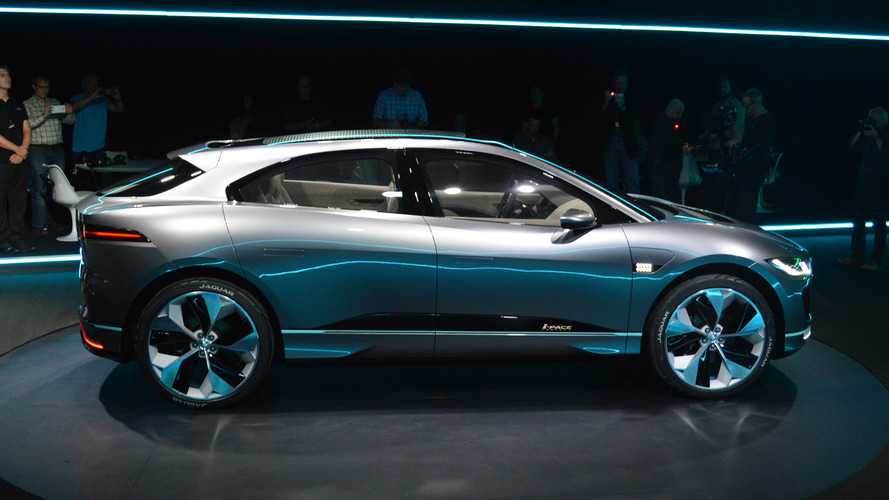 JLR's CEO has confirmed the electric crossover will be produced by contract manufacturer Magna Steyr.

Jaguar Land Rover agreed a deal last year under which Magna would build two future models. At the time, JLR did not specify which models they would be, though it was expected one would be an electric car, and the other the upcoming, fifth-generation Land Rover Discovery.

According to ANE, JLR CEO Ralf Speth confirmed in an interview that the I-Pace would be one of two cars built by Magna. However, he would not be drawn on what the second would be.

Unveiled earlier this week at the Los Angeles auto show, the I-Pace is aimed squarely at other electric crossovers like the Tesla Model X and Audi’s Q6, which is due to be launched in 2018. Exactly the same time as the I-Pace. Coincidence?

Apart from a bit of motor show tinsel, it is likely the I-Pace concept’s styling is quite close to that of the production car. Jaguar claims it will serve up 400 horsepower (298 kilowatts), 516 pound-feet (700 Newton meters) of torque, and a range of 220 miles (354 kilometers). Respectable numbers, then, but some way off the pace of both the Tesla and the Audi.

Magna has reportedly started expanding its production facility in Graz to accommodate the two JLR model lines. The company works with a number of other automakers, as well - it currently produces the Mercedes G Class and Mini Countryman. The latter will be supplanted by the new, 2017 BMW 5-Series, and it is thought the closely related BMW Z5 and Toyota Supra could be built there, as well.

Jaguar Land Rover's UK plants in Coventry and Halewood are already running close to capacity and have little room for expansion. On top of the Magna deal, JLR has opened a new factory in Brazil, and has confirmed it will add another in Slovakia.