A subtle makeover and a set of new engines is all the C-Class needs for 2018.

The current-generation Mercedes-Benz C-Class has only been on the market for two years now, but already the company is looking to refresh one of its freshest models. With initial spy shots shown back in April, now we’re getting an even better look at the updated luxury sedan.

Seen here testing near the company’s headquarters in Germany, the updated C-Class will ride on the same Modular Rear Architecture platform that was introduced in 2014. From what we can tell, it will tone down the grille and the headlights in place of something a bit more subtle. Of course, it’s hard to pinpoint exactly what’s going on under all that camouflage. 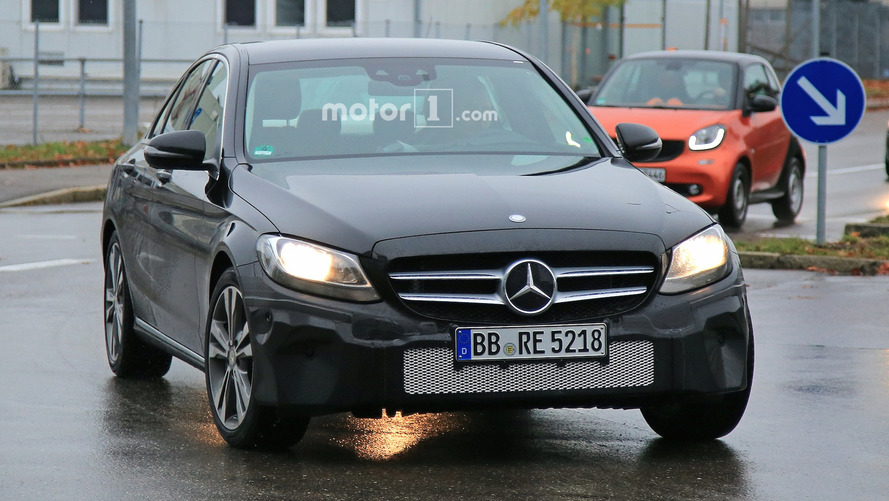 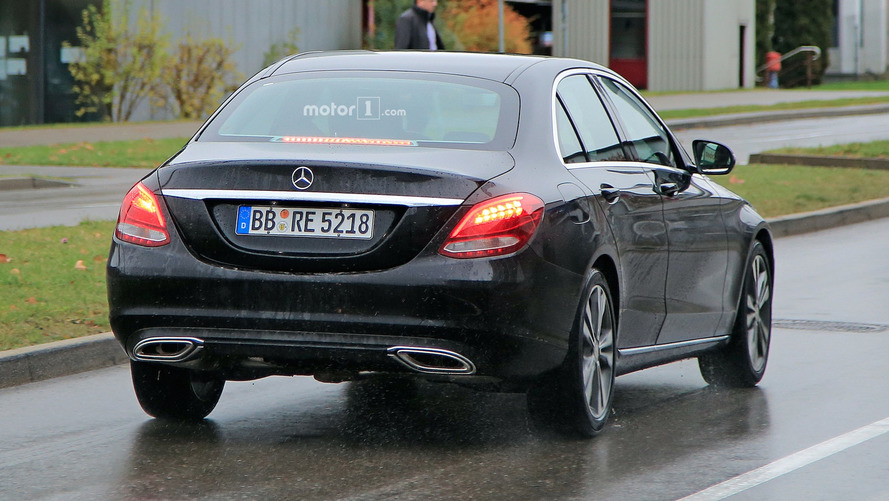 The rear is expected to get a similar subtle revision, including new bumpers and a fresh set of taillights, as is the cabin. Most notably making their debut will be features like an upgraded infotainment system, including a digital instrument cluster, and a new steering wheel with touch-sensitive controls that respond to swiping movements. All of these features we've seen previously on models like the E-Class and S-Class.

As far as performance is concerned, we expect the C-Class to adopt Mercedes’ next-generation of modular engines. Included will be new turbocharged four-cylinder and six-cylinder units, moving to an inline design instead of the currently-available V6, and a more powerful V8 producing somewhere north of 469 (349 kilowatts) and 503 horsepower (375 kilowatts) respectively.