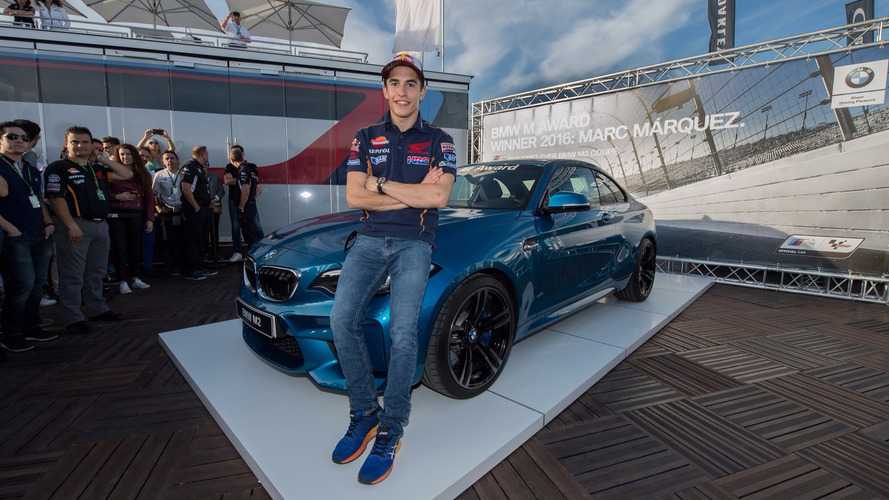 Marc Marquez has won a fourth M car for putting in the best qualifying performance of the year.

MotoGP rider Marc Marquez has won yet another free BMW after being named the best qualifier of the season, a position he has now held for four years in a row. A brand-new M2 is his reward.

The BMW M Award assigns points to every rider based on their grid position at each race. Marquez put his Honda on pole six times throughout the year, enough to claim the prize by a comfortable margin. Indeed he dominated the whole year, taking five wins on the way to his third MotoGP title.

Marquez collected his Long Beach Blue M2 at the final round of the season at Valencia in Spain. He said: “I think I have to really think about expanding my garage at home. I am already really looking forward to getting behind the wheel of the M2. However, I have to say that we already have a little ‘fight’ for the car in our family, as my mother and my brother, Alex, are also keen to drive the M2.”

His previous wins have netted an M6 Convertible, M4 Coupe, and M6 Coupe.

BMW M Division head Frank van Meel said: “The BMW M Award is of great importance to us in our partnership with [MotoGP organizer] Dorna Sports. It is important to us to honor the outstanding performances shown by the best motorcycle racers in the world accordingly. As such, we place great importance on ensuring that the winner’s car is very special every year. We are confident that Marc Marquez will also get a lot of joy out of this high-performance coupe.”