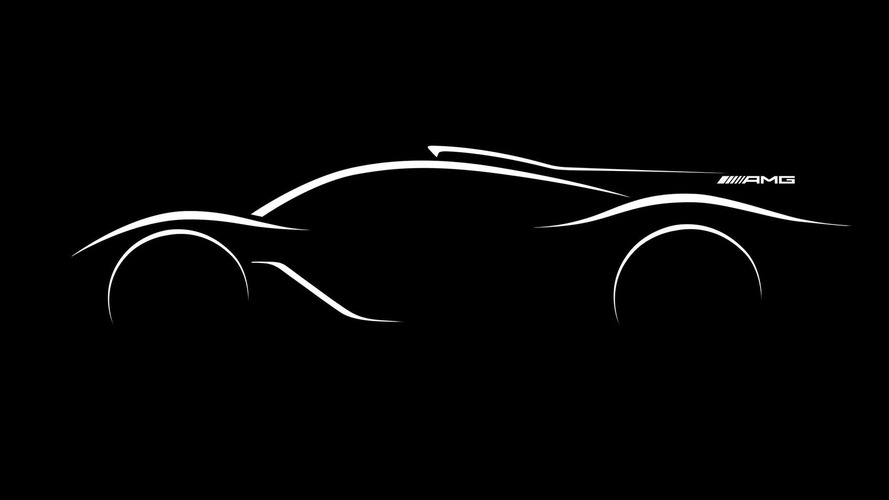 Much like the F1 car from where it will inherit the turbocharged 1.6-liter V6 engine.

Following a teaser released last month at the Paris Motor Show, Mercedes-AMG has decided to talk more about its highly-anticipated hypercar. Speaking at the ongoing Los Angeles Auto Show, Mercedes-AMG’s boss Tobias Moers told Autocar the 1,000 horsepower (746 kilowatts) produced by the W07 Formula 1 car will have a correspondent on the road-going model that will also boast a four-digit horsepower figure. He went on to specify that number is “broadly accurate,” but he quashed rumors about the turbocharged and hybridized 1.6-liter V6 engine being dialed to 1,200 hp (895 kW).

Moers also mentioned those reports indicating Mercedes has teamed up with Lotus for the hypercar’s development are inaccurate, adding the high-performance machine is being developed entirely as an in-house project. Production of the two-seater beast is going to be capped at “200 to 300” cars, while confirmed details about pricing are not available at this point. All we know is that the rumor mill is indicating an eye-watering figure of around £3 million (about $3.74M or €3.48M).

Development of the F1-engined hypercar commenced “some time” ago and the plan is to begin testing prototypes in October 2017. Nico Rosberg and Lewis Hamilton are going to be development drivers to tweak the hypercar and make sure it will be the closest thing to a road-legal F1 car. Not only will the engine be adapted from the world of F1, but the carbon fiber monocoque will also have a lot in common with Mercedes’ F1 car.

Speaking of carbon fiber, it’s also going to be used for the aerodynamic body to help Mercedes-AMG’s engineers reach the targeted curb weight of only 2,200 pounds (1,000 kilograms). Details about how fast it’s going to be are scarce at this point, but the hypercar will allegedly be able to hit 60 mph (96 kph) from a standstill in two and a half seconds and max out at more than 220 mph (355 kph).

Mercedes-AMG is not the only company working on an ultra-exclusive, hybrid-powered car. Aston Martin and Red Bull have joined forces to do the same thing with the AM-RB 001, while McLaren confirmed just yesterday plans for an F1 spiritual successor with a central driving position.

In the words of Freddie Mercury: “Got to be some good times ahead,” especially for those who can actually afford these masterpieces on wheels.