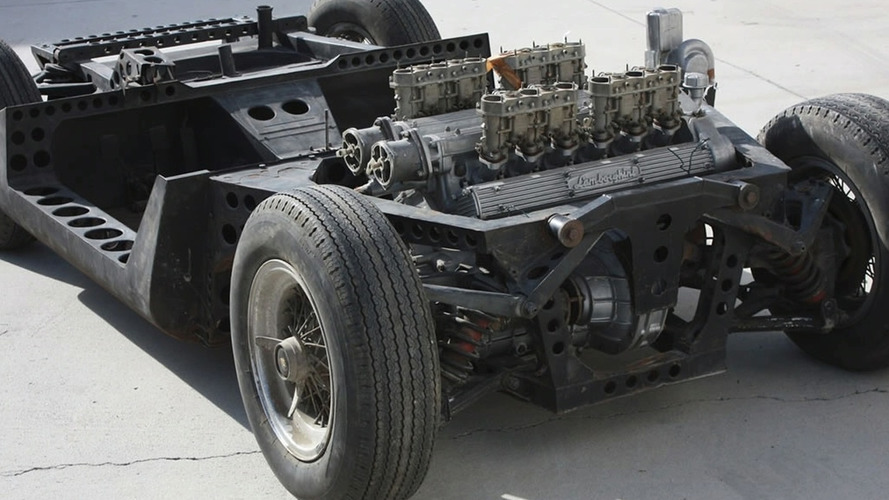 The concept heralded as the first-ever concept for a mid-engined supercar had been discovered idling away in a car collection in Cyprus. Now being restored in California, the chassis will make a debut in the States next summer.

Only one 1965 Turin Salon Lamborghini Miura chassis was ever made, and it was designed for the Turin Motor Show in 1965. A transverse mid-mounted V12-powered machine (Lambo's first), has not been seen publicly in over thirty years.

The story of the chassis, recently purchased by a group of collectors in Los Angeles, is a worldly tale. After touring the Italian company's Bolognese factory headquarters in 1977, Marios Kritikos, a Lamborghini dealer from Cyprus, spotted the chassis and knew he had to have it. Designed by Gian Paulo Dallara, the chassis was loaded on a trailer hitched to Kritikos' Range Rover a year later, and was driven out of town.

The first ever mid-engined supercar concept sat in Kritikos' collection, untouched since its debut in Turin. Once discovered by a collector in California, the sale of the machine was negotiated by two Miura specialists, and the vehicle went state-side. Found with the car were items like its original bill of sale, and a collection of photographs from both Lamborghini and Kritikos. Now it is being restored in San Diego at the Bobileff Motorcar Company, where it will be brought back to its original Turin-show condition.

The chassis will make a US debut next summer.