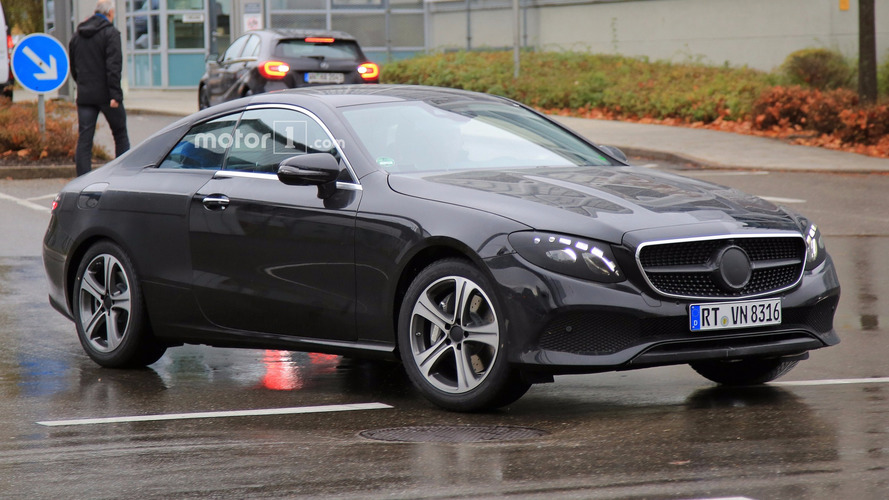 Both look quite predictable, but still appealing.

The reason why the coupe has significantly less camouflage than the cabriolet it’s because Mercedes will host its premiere first. As a matter of fact, we are less than two months away from the E-Class Coupe’s big debut at NAIAS scheduled to open its doors for the press on January 9. Once it will arrive in Detroit, the coupe will exhibit a very familiar design, prompting many people to say that it looks like a larger C-Class Coupe or a smaller S-Class Coupe. Some will like that, others won’t.

There’s no denying it will be a stylish coupe with an elegant exterior matched on the inside by a beautifully crafted cabin Mercedes is known for. Underneath the hood, it will have the same engines as the sedan and estate, all the way up to a 396-hp 3.0-liter V6 powering the warm E43 and a 603-hp inside what will be the cream-of-the-crop E63 S.

As far as the E-Class Cabriolet is concerned, we might as well copy and paste what we’ve said above and replace “coupe” with “cabriolet.” Again, the exterior and interior will be predictable, thus creating a difference of opinion among fans of the three-pointed star. This one too will spawn hot-flavored derivatives to make up for lost time since the outgoing coupe and drop-top model can’t be had in an E63 trim. Mercedes admitted more than three years ago that it was a mistake not to give the two cars the full-on AMG treatment, but it will happen in the new generation.

In regards to when we’ll see the E-Class with a fabric roof, chances are the model will be unveiled several months later after the coupe, with sales to kick off before the end of 2017. Another E-Class-based model on the agenda would have to be the CLE, a stylish four-door coupe caught on camera testing as a prototype just yesterday. However, the CLE is not expected to see the light of production day sooner than early 2018.