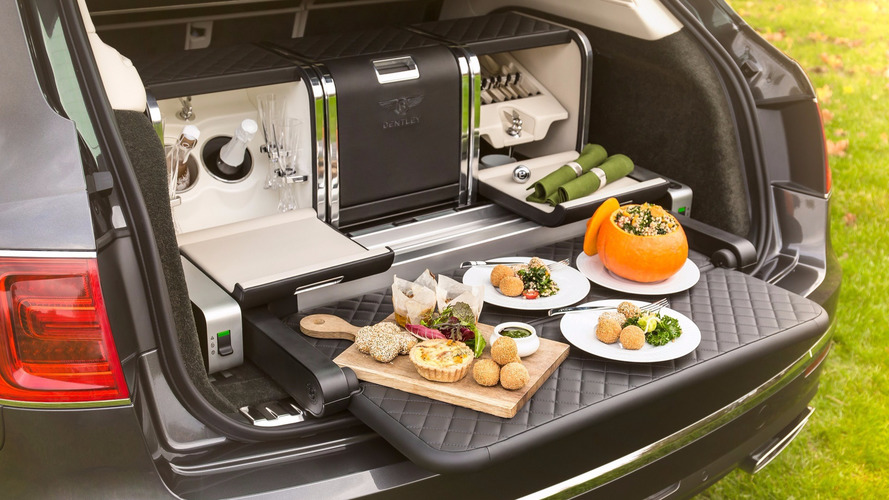 Ultra-posh organic farm Daylesford has created a menu specifically for the $27,500 Linley hamper that slots into the Bentayga's trunk.

According to Bentley, the picnic reflects Daylesford’s fall produce - indeed, pretty much all the ingredients come from the Gloucestershire, England farm.

Much as I may want to be cynical about it, that does all sound jolly delicious.

Chef Fuller explains: “Late autumn [fall] is a time of great abundance at Daylesford. As the weather grows colder, we look to the earthy, intense flavors of our many varieties of pumpkin, squash, and beetroot - each nurtured over the summer months in our rich organic soil. Careful slow-cooking techniques bring out their subtle sweetness and, carefully paired with our tender grass pastured beef, game, or foraged wild mushrooms, offer a celebration of the season.”

The picnic fits snugly into the Linley hamper. As the name suggests, it was designed in collaboration with British designer and nephew of the Queen, David Linley, and is produced by Mulliner, Bentley’s in-house personalization and accessories division.

The hamper’s three compartments were designed specifically to fit into the Bentayga’s trunk. One contains bespoke Linley fine china tableware, silver cutlery, and crystal glass. Another contains an illuminated chiller, and the third stores dry goods and a Mulliner cashmere rug.

You’ve probably guessed as much, but the hamper is not cheap. It is, in fact, nearly $27,500. That’s quite a lot more than price of a VW Golf GTi.

Which may seem expensive, but it’s a drop in the ocean compared to the $230,000-plus price tag the Bentayga carries. And it’s far from the most expensive option you can have. That honor falls to a dashboard-mounted Breitling tourbillon clock that costs as much as the car itself.  Alternatively, you could fill the trunk with a bespoke fishing set.

Bentley doesn't actually say as much, but any Bentayga owner who fancies the picnic can presumably order it from their nearest Daylesford store - there are three in London. Expect it to be as not cheap as the hamper. 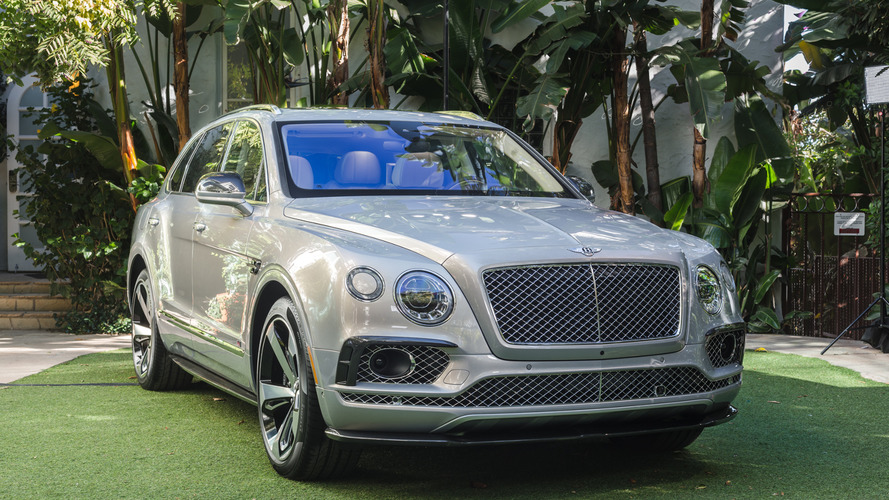