The Chinese-made sedan arrives on the U.S market next spring.

With the retirement of the ELR, green-minded Cadillac car buyers now need to look towards the upcoming CT6 Plug-in Hybrid for their needs. The electrically assisted luxury sedan makes an appearance on the show floor of the Los Angeles Auto Show and demonstrates how it looks while charging.

The CT6 PHEV combines a 2.0-liter turbocharged four-cylinder with a pair of electric motors for a total output of 335 horsepower (250 kilowatts) and 432 pound-feet (586 Newton-meters) of torque. A 18.6 kilowatt-hour lithium-ion battery is located between the rear seats and trunk. It allows for 30 miles (48 kilometers) of travel on electric power and over 400 miles (643 km) of overall range. The setup also lets the big sedan reach 60 mph (97 kph) in 5.2 seconds and a top speed of 150 mph (241 kph). Plus, Caddy anticipates EPA-estimated fuel economy of 65 MPGe. 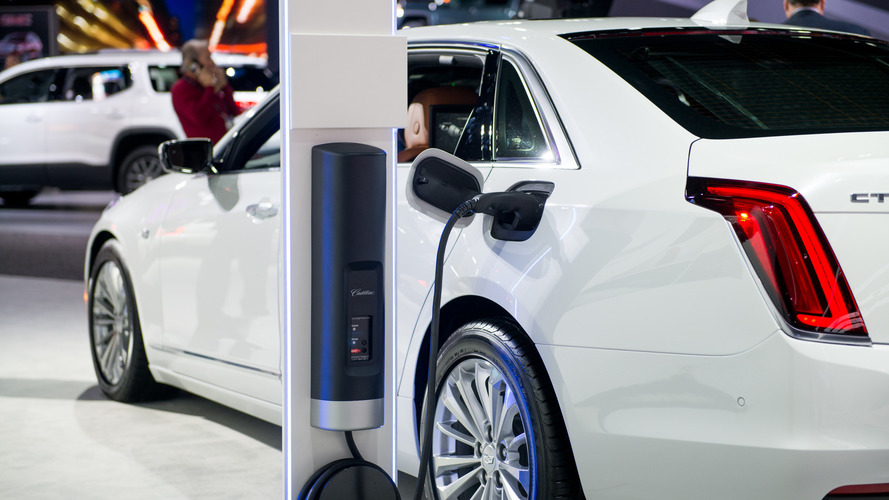 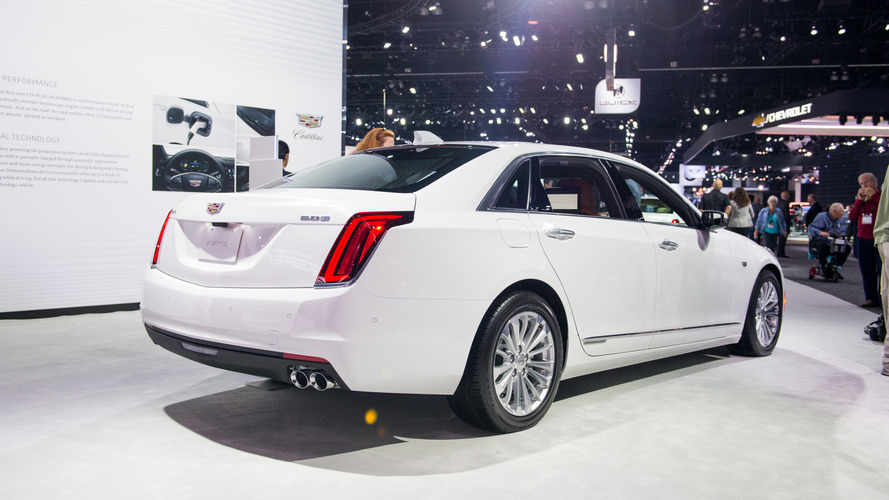 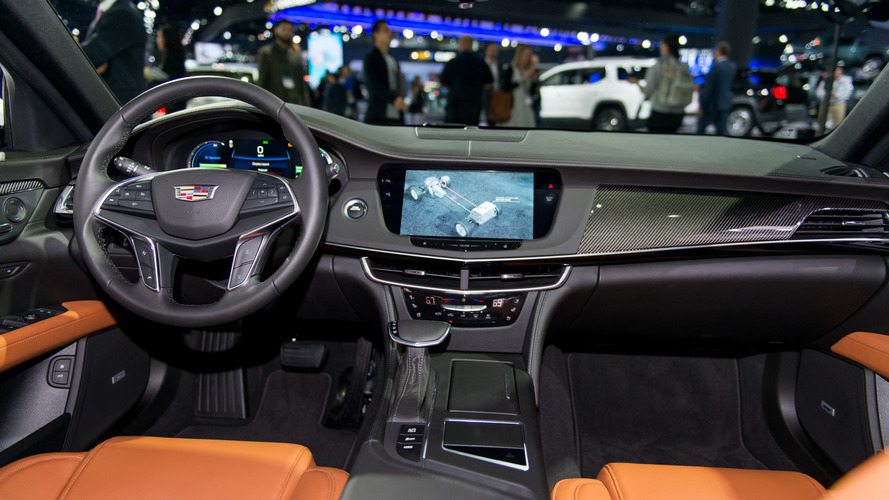 The powertrain also features some neat traits, like Regen on Demand. The tech lets drivers use the steering wheel paddles for regenerating extra energy into the battery pack while slowing down. In addition, a Sport mode lets drivers tighten the steering and improve throttle response. A Hold setting forces the vehicle to use the internal combustion engine as a way to save the electric charge for later.

Cadillac is aiming the CT6 PHEV squarely at the Tesla Model S’ price point. The Caddy goes for $76,090 (after $995 destination), but federal and state incentives could knock some money off the price. Meanwhile a Tesla’s rear-drive sedan with a 75-kWh battery goes for $75,700 with destination. The California-made EV has a 249-mile (401-km) range and needs 5.5 seconds to reach 60 mph, but it comes with the brand’s high-tech credentials.

Caddy expects the CT6 PHEV to be a success in China. Therefore, the brand is building them there to avoid high import duties and exporting the sedans to the U.S beginning next spring.

2017 Cadillac CT6 Plug-In Hybrid on sale in spring 2017, offering an estimated 400-plus miles of total range

NEW YORK – Cadillac today announced the first-ever 2017 CT6 Plug-In Hybridprestige sedan will go on sale in the spring of 2017, with a total driving range of more than 400 miles.

Advanced plug-in hybrid technology enables the luxury sedan to reward drivers with environmentally conscious driving without compromising on performance. The CT6 Plug-In Hybrid system is designed to provide responsive, all-electric driving for most daily commutes, while maximizing fuel efficiency by providing blended power from the engine and battery at higher speeds and higher loads.

All-electric range for the CT6 Plug-In Hybrid is an estimated 30 miles. However, the car’s combination of efficient engine and battery power enables drivers the freedom of more than 400 miles of total driving range, with no requirement to find charging stations along the way. Thanks to the advanced propulsion system, the CT6 Plug-In Hybrid removes all range anxiety for our customers.

“The CT6 is a technological showcase throughout, and by far the lightest car in its class, making it an ideal platform for electrification,” said Cadillac President Johan de Nysschen. “In the CT6, Cadillac presents a new formula for prestige luxury. The advanced Plug-In Hybrid system is a key addition, providing a combination of exceptional fuel economy, crisp acceleration and strong electric-driving range.”

The CT6 Plug-In Hybrid is expected to have fuel economy estimated at 65 MPGe. Miles per gallon equivalence – MPGe – compares energy consumption of plug-in electric vehicles and other advanced technology vehicles with the fuel economy of conventional internal combustion vehicles in miles per U.S. gallon.

The CT6 Plug-In Hybrid combines an all-new rear wheel drive electric variable transmission to provide the smooth, powerful acceleration expected from a driver’s car. The two-motor EVT system combines with the 2.0-liter turbocharged four- cylinder gas engine to produce an estimated total system power of 335 hp (250 kW) and 432 lb-ft (586 Nm) of torque. This helps propel the vehicle from a zero to 60 mph in an estimated 5.2 seconds.

The CT6 Plug-In Hybrid launches in North America in the spring of 2017, starting in the U.S. at $75,095 plus a $995 destination freight charge before any applicable electric vehicle tax incentives. In the U.S. market, the CT6 Plug-In Hybrid will be offered as its own unique package within the CT6 product line, with pricing and equipment comparable to the existing Premium Luxury model (second highest within in the model range). The Plug-In model includes numerous optional equipment as standard, such as a Rear Seat Infotainment system, Enhanced Night Vision and Rear Camera mirror.