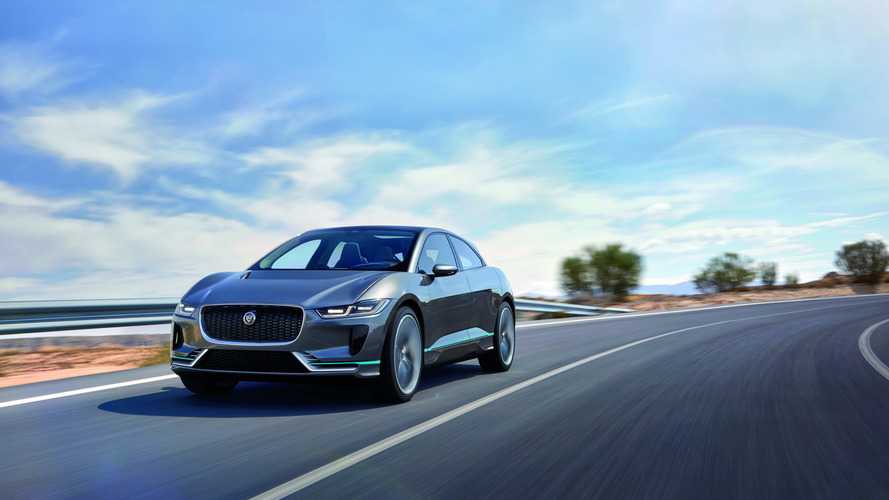 The company will inject more than £3B ($3.7B) into research and development of electric vehicles in the next few years.

Fresh off the arrival of the exotic-looking I-Pace concept and the handsome new Discovery SUV, Jaguar Land Rover has announced plans to electrify its lineup – both literally and figuratively. By 2020, the company says that at least half of all its vehicles will come with an electrification option.

In the company’s push for progress, it will need to expand its engineering core. To accommodate the development of more low-emissions vehicles, its U.K powertrain and design center will more than double in size in the next few years, as will its workforce. Already JLR has invested more than £301M ($374M) into electrical engineering, and hired more than 20,000 people, adding to its now 40,000 strong employees.

“Design leadership, technical innovation and engineering excellence lie at the heart of this responsible business,” said Jaguar Land Rover CEO Dr. Ralf Speth. “We are shaping the future, developing our own approach to autonomy, connectivity and electrification to offer our customers more choice.”

The eye-catching Jaguar I-Pace concept, which chief designer Ian Callum said was the "most important" Jaguar since the E-Type, acts as the first step towards that more efficient future. With a 90-kilowatt-hour battery pack and an estimated range of 220 miles (500 kilometers) on a single charge, the I-Pace is aimed squarely at the Tesla Model X P90. Jaguar hopes to have its electric SUV on the road by 2018, with sedans and sports car options to follow soon after.

Jaguar Land Rover is working towards a cleaner future, with ultra-clean diesels and petrol engines, BEVs, PHEVs and MHEVs all in its strategic plans. By 2020 the company will offer customers the option of electrification on half of all its new cars, CEO Dr Ralf Speth confirmed.

The Jaguar I-PACE Concept is an electric five-seat performance car with supercar looks, sports car performance and SUV space. The production version will be revealed in later 2017 and will be on the roads in 2018 with a predicted range of more than 500km on the NEDC cycle (220 miles EPA).

Making its North American debut, the new Land Rover Discovery continues a 27-year story of innovation. Jaguar Land Rover is leading the software engineering revolution at the forefront of the shift from cogs to code, illustrated by the investment in electrical engineering which has trebled from £99m to £301m over the last five years.

Dr Ralf Speth, Jaguar Land Rover CEO, said: “Design leadership, technical innovation and engineering excellence lie at the heart of this responsible business. Both the Jaguar I-PACE Concept and the Land Rover Discovery are revolutionary vehicles and major innovations in each of their segments, sharing our compelling combination of iconic British design and creative engineering.

“We are shaping the future, developing our own approach to autonomy, connectivity and electrification to offer our customers more choice.”

Last year, Jaguar Land Rover confirmed plans to double the size of its advanced engineering and design centre in the UK. This expansion will house highly skilled product development engineers and support the company’s creation of high-tech, ultra-low emissions vehicles for customers around the world.