Quad exhaust tips, lower sports suspension, and Brembo brakes are all signs of a high-performance version.

After admitting it is thinking about the prospects of giving the Ateca SUV the Cupra treatment, it looks like SEAT has decided to green light the powered-up version if we were to rely on the attached spy images. These are showing a prototype of the company’s first-ever SUV sitting a tad lower than the regular model, thus indicating the test vehicle had a stiffer suspension setup.

Also visible are the Brembo brakes, denoting the prototype had more stopping power in order to match the extra muscle coming from the beefier engine. But the most obvious clue is at the back where the Ateca was rocking quad round exhaust tips, which actually come as a surprise taking into account the Leon Cupra only has two oval tips. 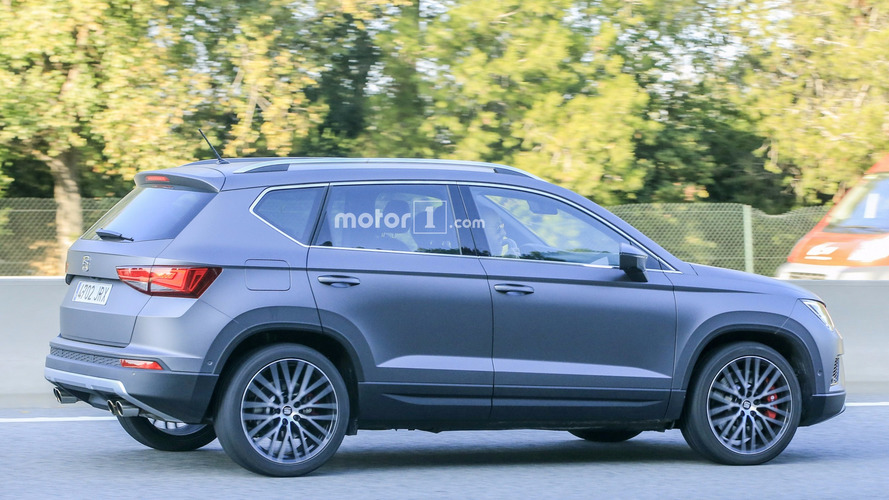 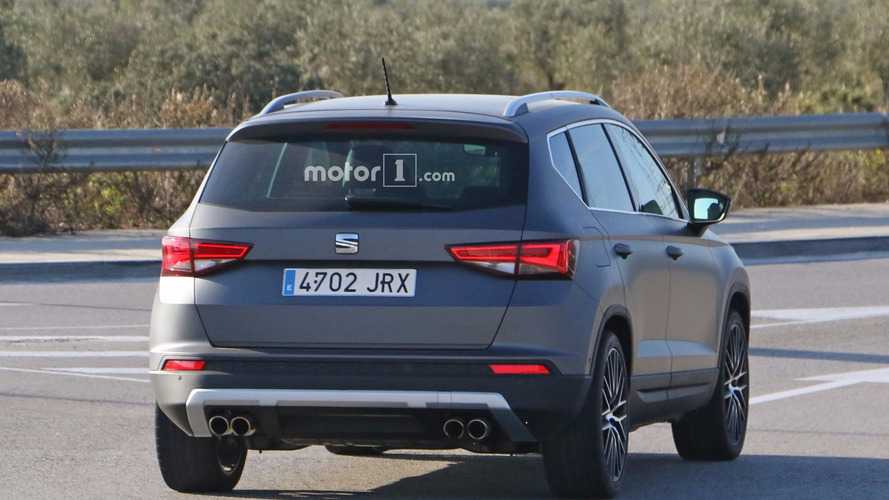 Since we’ve mentioned the Leon Cupra, word has it SEAT will host the premiere of the facelifted version in February when the hot hatchback’s turbocharged 2.0-liter gasoline engine will receive an extra 10 hp for a grand total of 300 hp. It’s not known at this point whether the base Leon Cupra 280 will continue or it will be replaced by the 290 version. Perhaps more important is the implementation of an all-wheel drive system, but only for the more practical ST wagon.

It would make sense for the Ateca Cupra to be available from day one in the 300-hp flavor and quite possibly with the all-paw setup at least as an option, although we won’t be surprised if it will be AWD-only.

The meatier Ateca is not due to go on sale before the end of 2017, and when it will arrive, it’s going to be SEAT’s most expensive production car ever. It will likely have a German sibling in the form of the VW Tiguan R since a prototype of Wolfsburg’s model has also been spotted recently with four exhaust tips.