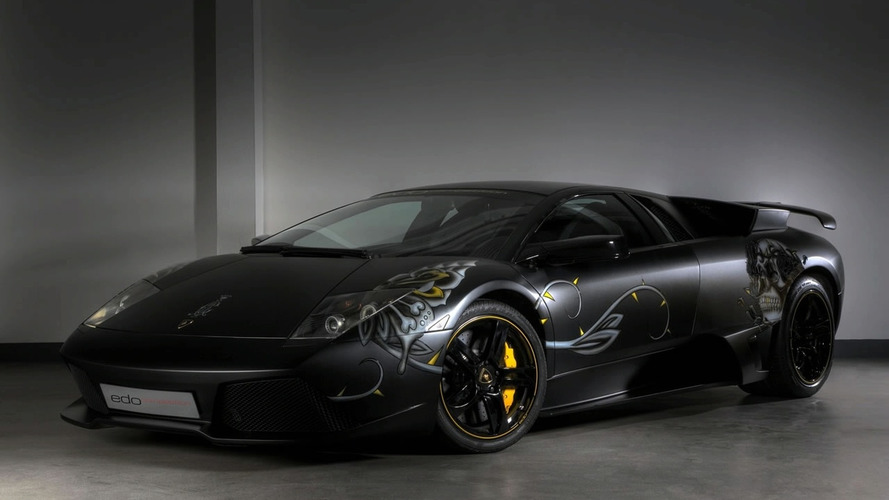 At 224 mph, edo competition has created their fastest Lamborghini ever. The edo Lamborghini LP 710 is limited to just five units, and has a top speed of 224 mph.

edo competition has just released what they claim to be the fastest Lamborghini ever. The Limited Edition edo Lamborghini LP 710 has a top speed of 224 mph (360 kph). Only five units of the LP 710 will be produced.

At the base of the LP 710 is a Murciélago LP 640. After disassembling the supercar, edo tuners make modifications to the body work, engine, exhaust, interior, tires, and wheels to bring the car up to their racing standards. All mods are completed within three months.

Surprisingly, the company seems more interested in the design of the car than its power. At the heart of the design is fashion magnet Christian Audigier, who chose the matte black paint for the car. Inside, Audigier embroidered his own name into the seats, while utilizing a different set of fabrics and materials for the seats, door paneling, and center console. World-reknowned artist Marcus Pfeil worked with Audigier to create an airbrush design for the car.

Horsepower, torque, and curb weight is unknown at this time.

Each of the five Limited Edition edo Lamborghini LP 710 production units will be custom made, giving the customer a chance to veto some of the designs and make a more personal choice. If you purchase one, you also get the opportunity to run laps in your new supercar at the oval track in either Papenburg, Germany, or Nardo, Italy. edo will even lend out race driver Patrick Simon to teach you a few tricks for your new car.