Buick Velite concept leak reveals it looks nothing like the Volt 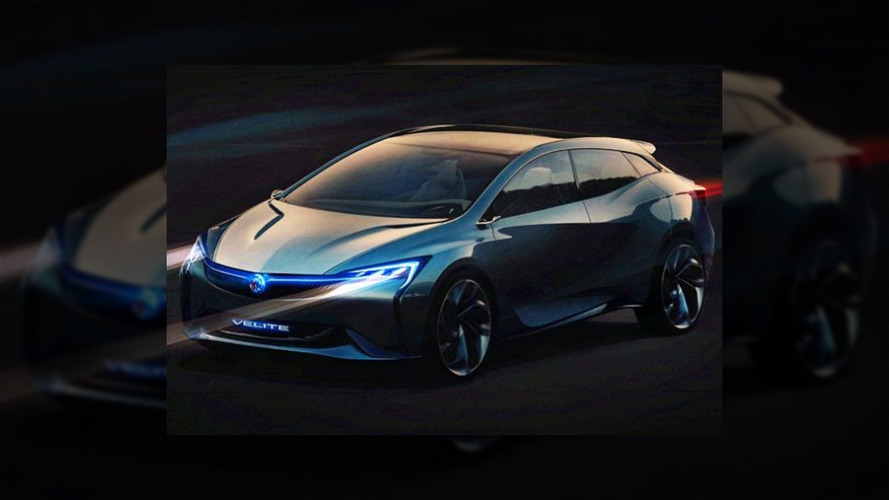 The production version on the other hand, will simply be a rebadged second-gen Volt.

Ahead of its debut later this week at the Guangzhou Auto Show in China, the Buick Velite concept has leaked onto the web courtesy of a grainy low-res official image. While some were expecting the concept to be nothing more than a rebadged second-gen Chevy Volt, that’s not actually the case since the vehicle looks substantially different. As a matter of fact, it can be best described as a futuristic Buick-badged version of the Opel/Vauxhall compact hatchback.

As one would expect from a concept, it has the typical oversized alloy wheels along with cameras replacing the side mirrors. Also noticeable are the short front and rear overhangs along with quite possibly matrix LED headlights with a more high-tech look compared to those of the aforementioned Astra.

The Velite concept doesn’t seem to have conventional door handles and by the looks of it, there aren’t any B-pillars either. It probably means Buick has envisioned the car with scissor doors granting access to what will likely be a futuristic concept with a simple and functional layout.

But while the plug-in hybrid concept is indeed quite interesting, it’s nothing more than a tease taking into account the Velite-badged production car has already been spotted as you can see it will essentially be a rebadged Chevy Volt, with maybe a few subtle changes here and there.

We find it a bit odd that Buick has decided to reveal the concept so late taking into account the namesake production car is scheduled to go on sale in the People’s Republic at the beginning of 2017. In addition, the styling differences between the two are perhaps too significant and it’s a shame the road-going car won’t look as exciting as the concept, but that’s how it goes usually…