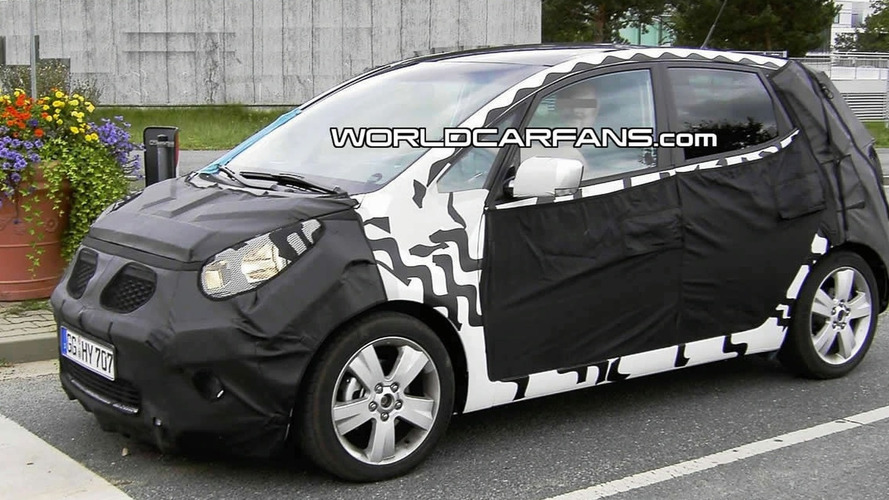 New Kia concept spotted on the street could be the 2010 Kia Cee'd Plus. Although also potentially branded as a Hyundai, differences between the two would include performance and styling options.

One of the auto paparazzi spotted what looks like a new prototype based on the Kia Cee'd.  The 2010 Kia Cee'd Plus, as it may be called, is a mini-MPV that would be cross-marketed by Kia and parent company Hyundai.  However, the spies believe that the grille, headlights, and wheel give this a decidedly Kia look.

Possibly debuting as soon as the Paris Motor Show next October, the car looks to have just enough space for four small people and a few duffel bags.  Inside, the car looks like it has easy to read gauges, climate control, a multi-funtion radio, and brushed silver trim.  And is that a glass panoramic roof?  Of course, all this could change in the weeks and months to come.

As a small-ish five-door hatchback, its main competitor would be the Volkswagen Golf Plus, which is only available in Asia and Europe, and possibly the Ford Focus.  It would also have to compete with itself, as Kia and Hyundai may offer the same version of the car.  The only difference between the twins would be equipment offered, some styling, and perhaps performance options.  Kia is still trying to attract only those interested in a low-budget car, while Hyundai is also going after a share of the lucrative sports car and premium car markets.

The spy estimates that a "near-production concept" may be ready for the Paris Motor Show next October.  For now, we'll have to wait and see.