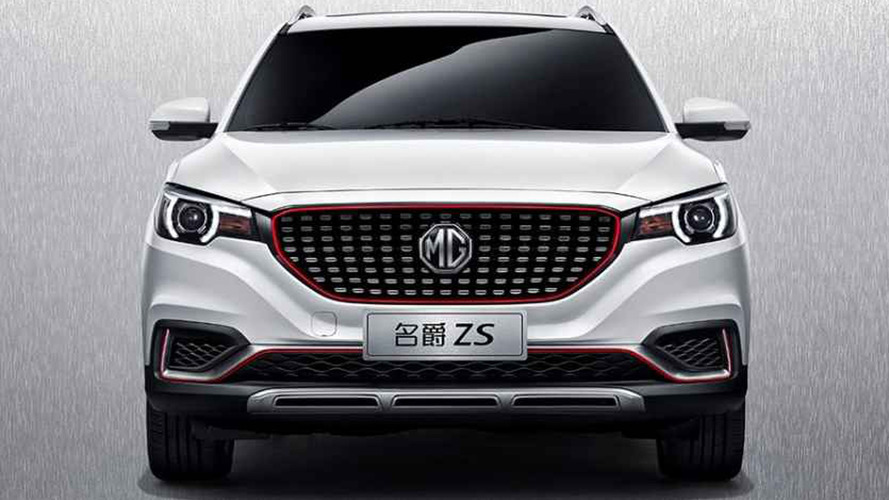 Ahead of its official debut on Friday, the MG ZS small crossover has emerged onto the web with a design that seems to blend cues from multiple models.

Spotted undergoing final testing about two months ago in the Alps, the MG ZS no longer has the checkered camouflage as Chinese media has managed to obtain official images of the upcoming crossover. Our hunch as far as an exterior appearance influenced by the Mazda CX-3 has turned out to be valid as the front fascia does seem to resemble the Kodo design language implemented by Mazda on its subcompact crossover.

The rear end design takes inspiration from the larger MG GS, but it actually looks a tad better thanks to the modified taillights sending out a Jaguar F-Pace vibe, while the bumper with the skid plate lends it a more rugged appearance. Also noticeable is the absence of GS' black trim between the taillights, while the exhaust tip remains hidden underneath the car whereas on its bigger brother is visible.

Riding on a shorter version of the platform that has underpinned the GS, the new ZS is expected to carry over the 1.5-liter engine with 164 horsepower (122 kilowatts) and 184 pound-feet (250 Newton-meters) of torque. As in the larger GS, output is going to be delivered to the road through a six-speed manual gearbox or via MG’s very first dual-clutch, seven-speed automatic transmission. In addition, a smaller three-cylinder 1.0-liter engine is also on the agenda, but details about how much power it will generate are not available at this point.

The MG ZS is slated to receive its world premiere on Friday at the Guangzhou Motor Show in China, with sales to commence locally shortly thereafter. It’s also heading to U.K. with a different moniker, but it’s not going to arrive sooner than 2019. The model’s biggest rival will be the Ssangyong Tivoli, another affordable crossover.

Further down the line, MG will introduce a larger crossover positioned above the ZS and GS to capitalize on the growing popularity of the segment.