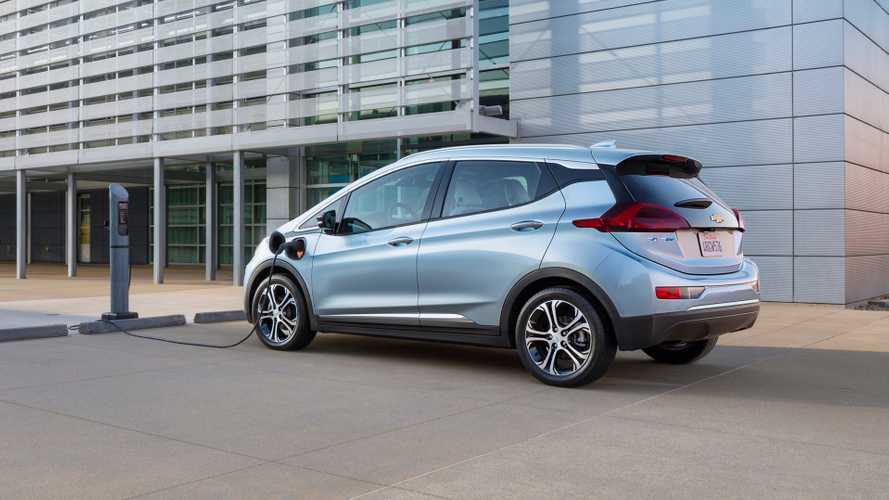 Other than having four wheels, there's not much that the winners in the three categories have in common.

Motor Trend announced the big winners of its annual Car, Truck, and SUV of the Year awards, and the editors there could not have chosen three more different vehicles for the honors. The biggest surprise of the group is that the Chevrolet Bolt is the Motor Trend Car of the Year, marking only the second time ever the accolade has gone to an electric vehicle. The Mercedes-Benz GLC-Class premium crossover took the SUV prize. The tough Ford Super Duty easily earned the trophy in the truck category.

The judge’s for this year’s awards call the Bolt “a game changer” for its ability to combine a 238-mile range with an affordable price in a vehicle that would still be amazing even with an internal combustion engine. The performance is surprising, too. Motor Trend found that the Bolt was quicker to 60 miles per hour (97 kilometers per hour) than a Fiat 124 Spider and only about half a second slower than a Volkswagen GTI with a dual-clutch gearbox. Chevy’s new EV won against an impressive slate of finalists for the Car of the Year Prize, including the Audi A4, Cadillac CT6, Chrysler Pacifica, Genesis G90, Jaguar XE, Porsche 911, Tesla Model S 60/75, and Volvo S90.

While the Mercedes GLC-Class isn’t as revolutionary at the Bolt, the judges still find the premium crossover to be an impressive vehicle to earn the title of Motor Trend SUV of the Year. The reviewers praise the interior size and quality that comes from combining mechanical parts from the E-Class and a cabin that’s much like the C-Class. They claim this is the first Mercedes SUV that’s feels just as upscale as the brand’s sedans. The other finalists for this year’s award were the Audi Q7, GMC Acadia All Terrain, Jaguar F-Pace, Mazda CX-9, and Tesla Model X.

Finally, the judges say that they knew the Super Duty would win the Motor Trend Truck of the Year category by the halfway point of testing. During evaluations against Ram’s heavy-duty pickups, the Blue Oval’s entry was more fuel efficient, better performing, and easier to use when towing. The reviewers also liked the Super Duty’s high-tech options like blind-spot monitoring that covers the trailer and the 360-degree camera for making tight maneuvers. The other finalists for this year’s honors were the Ford F-150 and Honda Ridgeline.