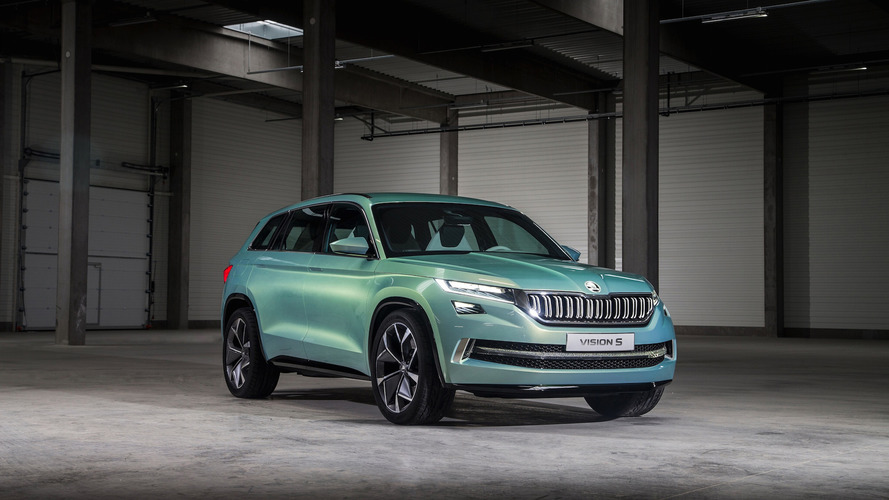 The Czech automaker will introduce more efficient versions of its Superb sedan and Kodiaq SUV in 2019.

The Skoda lineup is about to get even more efficient with the addition of a few plug-in hybrid options. Slated for debut in 2019, the Kodiaq SUV plug-in will follow the Superb sedan plug-in, and continue Skoda's push towards electrification throughout the range.

“We will have Kodiaq hybrid very shortly after Superb hybrid,” said CEO Bernhard Mair in an interview with Auto Express. The new Skodiaq plug-in will be just a small part of a larger “SUV offensive” by the brand, with the market expected to inflate to nearly 18 million units worldwide by 2025.

Both the Kodiaq and Superb will use the same powertrain previously introduced in the VW Passat GTE. Under the hood, a 1.4-liter TSI turbocharged engine will pair to a 114-horsepower (85-kilowatt) electric motor, bringing the total output to 215 horsepower (160 kilowatts) and combined CO2 emissions of just 39g/km – though, the larger body of the Kodiaq will cause that latter figure fall slightly.

The Kodiaq plug-in hybrid (previewed here by the VisionS Concept) will make its debut in China initially, following soon after in the European market. And while the large SUV would make sense for the North American market, it won’t be until 2017 that Skoda decides whether it will begin selling cars in the U.S. or not.

Soon after the arrival of the new Kodiaq, the company also hopes to launch an all-electric SUV by 2020. Mair said that an electric SUV would be “awesome” and “purpose built to be an EV,” setting new levels of quality and efficiency in the process, and introducing as many as five fully-electric models in the lineup by the year 2025.

Skoda will officially announce its electrification and hybridization program in 2017.