BMW X2 returns in most revealing spy shots to date 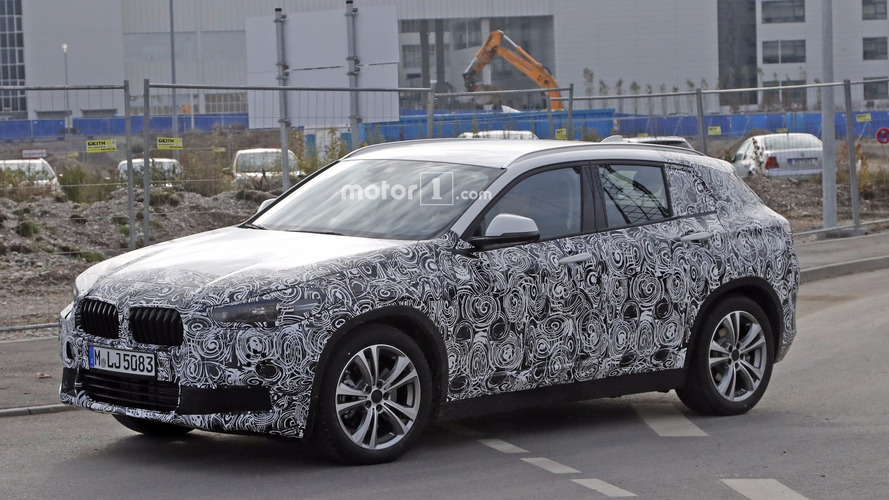 Unsurprisingly, it looks like a watered-down version of the namesake concept introduced in Paris.

BMW previewed its third crossover coupe mashup a month ago in the City of Lights with a near-production concept announcing the arrival of an X2. Here we have a partially camouflaged prototype that for the first time it appears to have most of the final bits and pieces, including the taillights finally replacing the provisional rear clusters of earlier test vehicles.

Unlike the larger X4 and X6, the X2’s roofline isn’t as sloped as one would expect from a crossover trying to pose as a coupe. As a matter of fact, the differences between the X2 and the X1 upon which it’s based are not actually very significant, but maybe the camouflage is playing tricks on us. Compared to the concept, the prototype has smaller wheels and regular exhaust tips instead of those cannon-like tips the show car in Paris featured.

In addition, it has received a pair of larger side mirrors as well as a different look for the headlight and taillight graphics. With the X2 concept, BMW’s designers were given the freedom to make it stand out as a way to draw attention, but the production model will be in line with the other X models.

The slightly different body style not only will it command a premium over the equivalent X1, but it will also eat into the rear headroom and quite possible into the trunk’s capacity – all for the sake of making the crossover more stylish in the eyes of some people. While the concept’s blacked-out windows and the absence of door handles were signs that it did not have a finished interior, the production-ready X2 should largely carry over the X1’s cabin.

The coupe-ified X1 will ride on the same UKL platform shared with the 2 Series Active Tourer & Gran Tourer and the Minis, so it will have a standard front-wheel drive setup and the option of an xDrive arrangement for select engines. Speaking of which, there will be an assortment of three- and four-cylinder gasoline and diesel units, all of which will obviously be turbocharged.

BMW hasn’t said anything about the X2’s market launch, but looking at the state of this prototype, we won’t be too surprised if the model will be introduced in the second half of 2017.