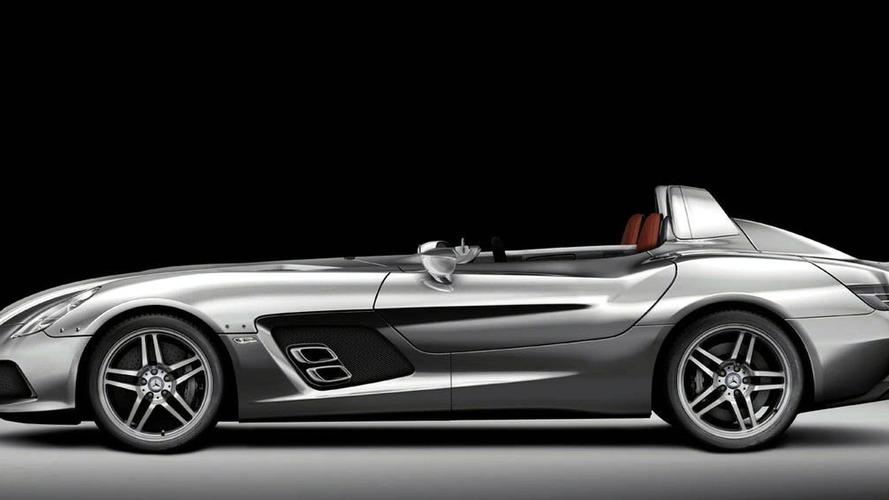 Mercedes has released a new video showing the SLR Stirling Moss ahead of its debut at the North American International Auto Show in Detroit.

Mercedes has released a new video showing the SLR Stirling Moss ahead of its debut at the North American International Auto Show in Detroit.

Power comes from a supercharged engine V8 that produces 650 hp (478 kW) allowing the roadster to run from 0-62 mph (100 km/h) in less than 3.5 seconds and reach a top speed of 217 mph (350 km/h). In order to keep the car stable at such high speeds engineers went to work modifying the SLR's body with both historical style and downforce in mind.

Inspired by the original 1950's Mercedes 300 SLR and its legendary driver Sir Stirling Moss, the new SLR bares a striking resemblance to the classic racer. In order to create the remarkable appearance Mercedes neglected to add a roof, side windows, and a windshield. The company also designed two integrated air scoops that also serve as roll-over bars which gives the SLR a unique appearance and signals its racing pedigree.

Only 75 units of the €750,000 SLR Stirling Moss will be produced starting in June 2009, when the last one is built it will mark the end of production of the Mercedes-McLaren SLR.