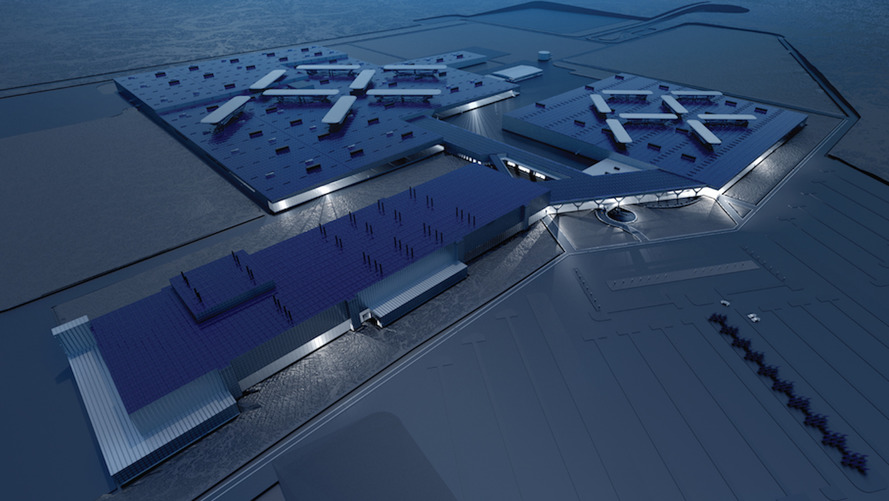 Faraday Future has temporarily pulled the plug on its Nevada megafactory, halting production until 2017.

In what seemed like an exceedingly long build up, mired by teasers and backed by deep-pocketed Chinese investors LeEco, the murky Faraday Future project has reportedly come to a standstill. Production of the billion-dollar megafactory in Nevada has been put on hold as investors are beginning to run out of cash.

According to a report by Jalopnik, an anonymous source outside of the company broke the news earlier in the week, saying that Faraday Future had halted production on its estimated three-million-square-foot Apex Industrial Park located just north of Las Vegas. AECOM, the construction company responsible for the project, would later confirm initial rumors.

"Faraday Future commenced work on its $1-billion state-of-the-art manufacturing facility in North Las Vegas earlier this year. To date, we have completed grading and foundation prep work,” said the company in an official statement. “At this time, Faraday Future is temporarily adjusting their construction schedule with plans to resume in early 2017. We remain fully committed to our client and our employees working on this project, and we look forward to the facility’s successful delivery.”

The facility, which has already received $215 million in tax credits from the state of Nevada and $120 million in infrastructure improvements, was expected to rival the 5.5-million-square-foot Tesla gigafactory both in size and capability, and serve as the company’s American headquarters. From there, Faraday would be able to produce its upcoming SUV – slated for a 2017 release – and advanced battery technology for years to come, employing over 4,500 people in the next decade.

Faraday Future has yet to issue a statement on the supposed setbacks.