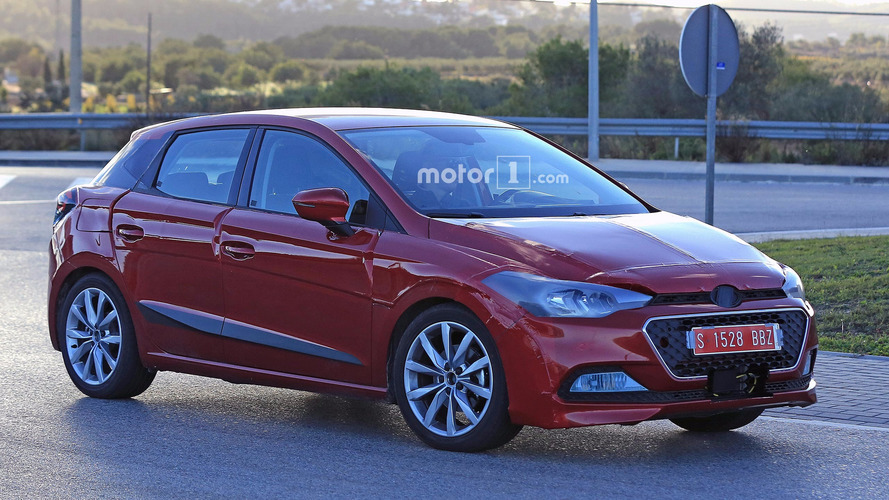 This is our best look yet at Seat's upcoming smaller hatchback, and we can already cues from the Leon in its design.

We last saw the fifth-generation SEAT Ibiza at night and under so much camouflage that the design tweaks for the hatchback were impossible to identify. Several months later, a fresh batch of spy photos finally shows the upcoming model with comparatively light concealment.

SEAT’s testing crew deserves a little credit in its attempt to make the front end of this test mule look a little like a Hyundai. Don’t be fooled, though. Zooming into the grille reveals the part to be a fake, and the real face is barely visible underneath.

The reality of the new Ibiza’s design is easier to spot in the profile images and looks a lot like an earlier rendering. The hood arches down sharply and appears to take cues from the latest Leon. SEAT’s development team also installs a piece of cladding down the length of the shoulder line, but the general placement of its echoes the crease on the Leon. The company’s concealment isn’t as good at hiding the actual shape of the skinny C-pillar, and the sharp shape is quite attractive.

The poorly attached cladding on the rear indicates that this is probably an accurate location for the taillights but likely not the final design. The integrated exhaust pipes are also quite handsome for a vehicle in this class.

The Ibiza rides on Volkswagen Group’s MQB platform. European buyers can look forward to a wide array of small gasoline- and diesel-powered engines to choose from.

Originally, SEAT’s product plan suggested the new Ibiza would debut sometime in 2016. However, the company has now mostly run out of time for a big premiere this year. An event early in 2017 now appears more likely.

Once the new Ibiza hits the road, a compact crossover on the same platform shouldn’t be too far behind. The model also replaces the Ibiza Sports Tourer because wagons are losing popularity to CUVs. A rendering speculated it would be quite an angular vehicle and have a strong family resemblance with the 20V20 concept.