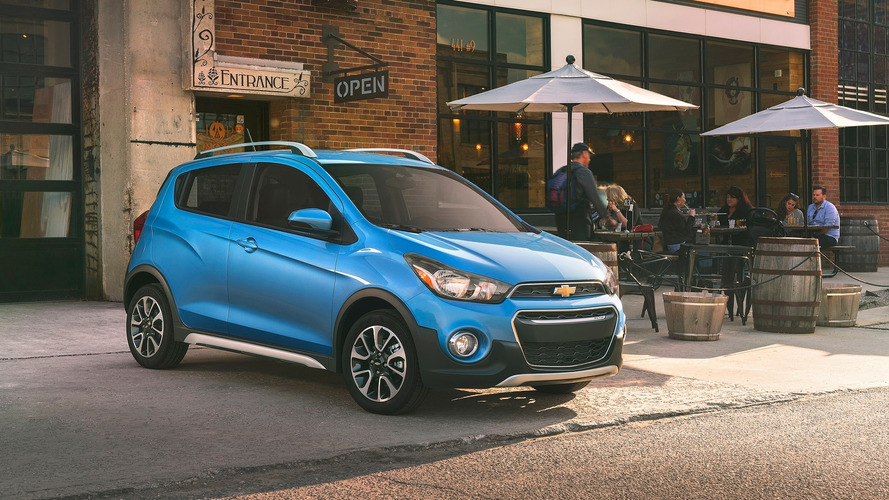 With black plastic body cladding and extra ride height it's ready to take on the jungle - the urban jungle, that is.

Chevrolet has turned its tiny Spark city car into a rough, tough crossover. Kind of.

It is called Spark Activ and gets all the usual crossover styling cues. Black mouldings clad the front and rear bumpers, rocker panels, and wheel wells. Silver faux-metal brush guards adorn both ends and the sides, too.

Big front fog lamps are set into body-color housings, a set of roof bars sit up top, and a silver plate bearing “Activ” script is set into the grille.

The Spark Activ sits on 15-inch alloy wheels, and the suspension has been raised 0.4 inches (10 millimeters). Volkswagen followed exactly the same recipe in creating our long-term Golf Alltrack. Unlike the Alltrack, though, it is doubtful the Activ has any useful off-road ability. But it should prove better able to deal with urban potholes and curbs than a standard Spark.

The interior is wrapped in black leatherette upholstery, including the steering wheel. Standard equipment includes a Chevrolet MyLink infotainment system with a seven-inch touchscreen, and Apple CarPlay and Android Auto compatibility.

A rear-view camera, satellite radio, 4G hotspot, air conditioning, cruise control, and keyless entry all come as standard, too. Which is quite a lot of gadgetry in such a small car.

You can pack quite a lot of stuff into the Spark Activ, too. Chevrolet claims there is 27.2 cubic feet (771 liters) of load space with the rear seat folded down.

A 1.4-liter, four-cylinder gasoline engine provides propulsion through the front wheels. A five-speed manual gearbox is standard-fit, while a continuously variable automatic is optional.

General Motors claims fuel mileage of 29 city and 37 highway for the manual. No claims have been made about the performance.

Similarly tiny, ruggedized hatchbacks like the Opel Adam Rocks, Hyundai i20 Active, and Dacia Sandero Stepway are proving to be very popular in Europe. But the Spark Activ is taking a step into the unknown in the States. 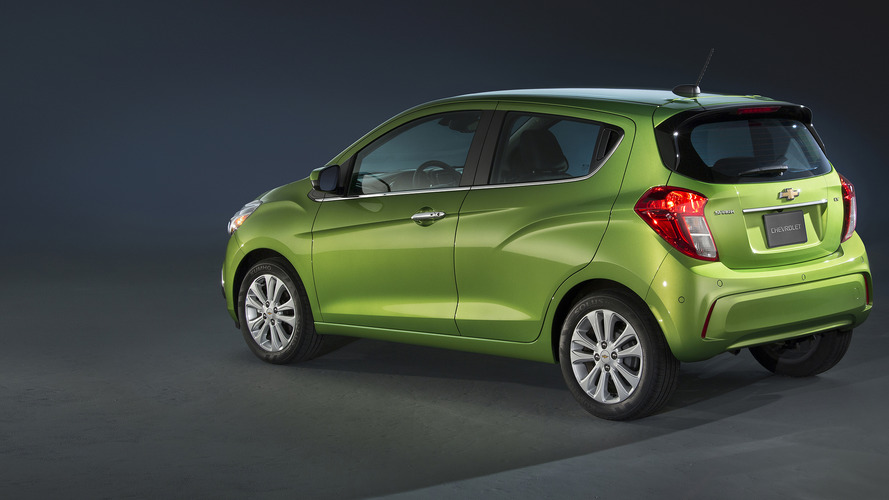 Chevrolet lowers the base price of the 2015 Spark EV
++Share