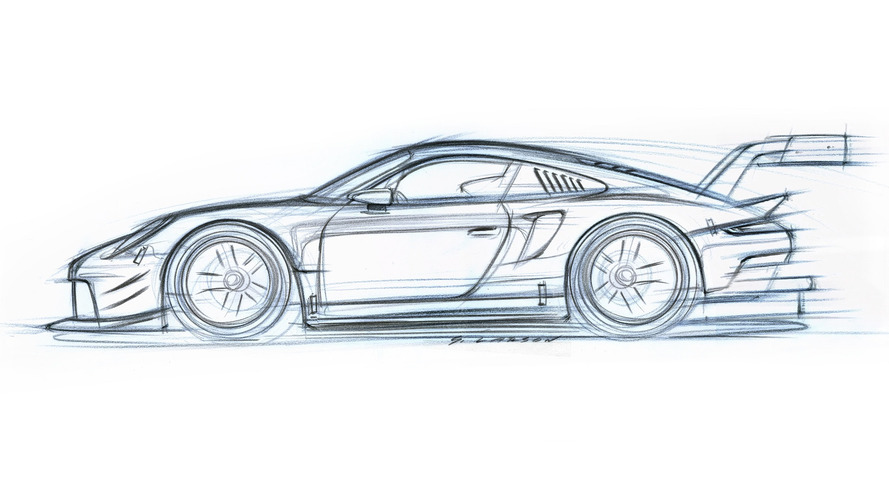 The mid-engine race machine should be ready for Daytona 24 Hours in January next year.

Porsche has officially confirmed it will reveal the 911 RSR racing car during the upcoming Los Angeles Auto Show – and it will be “the most spectacular 911 ever.”

We are eager to find out if rumors for a mid-engine monster from many different sources are true. Word on the street says the vehicle will receive a biturbo, flat-six engine, but we will have to wait two more days to see if that’s the case.

Last month we saw the vehicle testing at the Sebring International Raceway, where Porsche was putting the finishing touches. The spy video revealed we will be dealing with a wide race car with no rear window, and a new twin exhaust system which will replace the center-exit exhaust on the current racer.

Earlier this year, back in May, the 911 RSR was tested at the company’s Weissach headquarters, where multiple drivers got behind the steering wheel.

“It is definitely unusual to put several drivers behind the wheel at a rollout,” then commented Porsche's GT project manager Marco Ujhasi. “But since all of our works drivers are involved in the development of the new car, the ones who could fit it into their schedules came to Weissach and turned a couple of laps.”

While the visual changes might seem minor, according to reports, the new aerodynamic package should create far more downforce, despite the less aggressive rear wing.

Porsche is successfully keeping all the details in secret until the big premiere, and the only thing we know for sure so far is that the track debut of the 911 RSR will happen in January at the Daytona 24 Hours. Shortly after, it will be available in North America’s IMSA WeatherTech SportsCar Championship, FIA World Endurance Championship, European Le Mans Series, and the Asian Le Mans Series.

Porsche is going to reveal the 911 RSR on November 16 at 10:00 AM (PST time) together with the Panamera Executive models, so stay tuned.

World premiere of the Panamera Executive models and the 911 RSR

The sportscar manufacturer will present the new, highly luxurious versions, with a wheelbase extended by 150 millimetres, at the Porsche press conference to be held in the Petree Hall at the Convention Center on November 16 at 10:15 a.m. (Pacific Standard Time; 7:15 p.m. CET).

The USA remains one of Porsche’s main sales markets. Up to and including October 2016, the sportscar manufacturer delivered 178,314 vehicles around the world, representing a three-percent increase over the same period in the previous year. This success can be attributed to the excellent reputation the company enjoys among its customers: In 2016, Porsche once again triumphed in the overall classification of the renowned J.D. Power APEAL study conducted by the US market research institute J.D. Power. In addition, the Porsche 911, Boxster and Macan achieved first place in their respective categories.