The ultimate gearhead meets a Porsche racer to get under the skin of the 911.

We tend not to think of Jay Leno as a Porsche guy. But like any good gearhead, he does have a love for the rear-engined sports cars and even owns a few. Mostly of the early, four-cylinder 356 variety, but he has a 911 or two, as well.

In this clip from CNBC show Jay Leno’s Garage, we see Jay hook up with Emmy-winning actor and Porsche race driver Patrick Dempsey at Willow Springs Raceway in California to get under the skin of the 911.

First up, they take to the track in a classic 1973 911 Carrera 2.7 RS, one of just 1,580 built and regarded by many enthusiasts as the greatest 911 that ever there was. The 911 had already enjoyed huge success in racing when the RS was launched, but mostly with modified versions of the regular road cars. Apart from near-mythical 911R, of which only 20 were built - it wasn’t exactly Porsche’s finest hour, either.

By contrast, the RS was a winner straight out of the box. Quite literally, as the owner could, if they were so inclined, drive it straight from the dealer to the track, where it would blow everything else into the weeds. The flat-six engine was stretched out to 2,687cc and given mechanical fuel injection, which realized 210 horsepower (150 kilowatts). Stiffer suspension, wider rear wheels and the iconic “ducktail” rear wing finished it off.

As they are now very valuable - and it isn’t his car - Dempsey takes it easy in the RS. The brand-new, 2016 911 GT3 RS, though, is a different matter. He’s clearly not going right to limit, he still pedals fast enough to impress Jay.

Besides, with 493 horsepower (368 kilowatts), four-wheel-steering, and a curb weight stripped down to 3,296 pounds (1,495 kilograms), two-thirds speed in the GT3 RS is seriously fast by any other measure.

With the regulations as they are these days, you can't go racing with a factory-fresh GT3 RS. But the 911 GT3 Cup race car is little different and costs about the same. 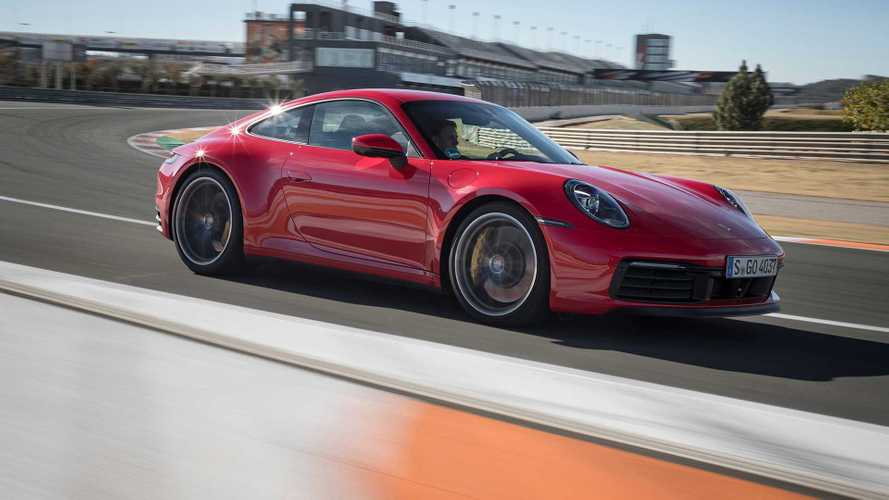