Not only is it able to detect empty parking spots, but it can also share the findings with other cars as well.

SEAT has joined forces with Barcelona-based CARNET to make the Ateca SUV cleverer by giving it tracking sensors capable of detecting nearby empty parking spaces. Known as the “Ateca Smart City Car,” the concept can send the information gathered to other cars through the Parkfinder smartphone app.

The entire project came to life following an agreement between the local authorities in Barcelona and Cellnex Telecom, one of the biggest operators of wireless telecommunications in Europe. The SEAT Ateca Smart City Car works together with Barcelona’s iCity platform to share details about available parking locations, while the server is in charge of distributing the data to the aforementioned Parkfinder app.

Users get to choose from three driver profile configurations (close to home, close to work, personalized) and fiddle with the preferences based on price, distance, and the chances of finding an empty parking spot faster. In addition, there’s a “Find my car” function to help the owner track down his Ateca by showing its location on a smartphone’s screen. For even more functionality, “Last Mile Routing” will display on map the distance on foot to the final destination. 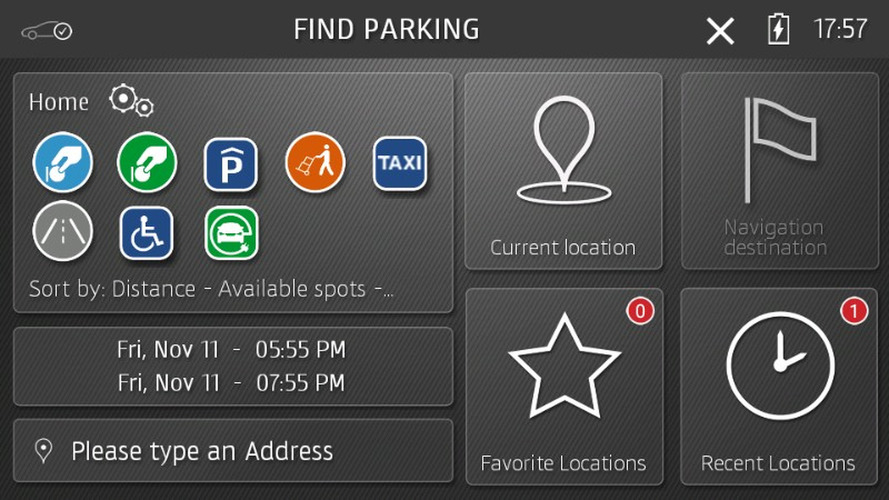 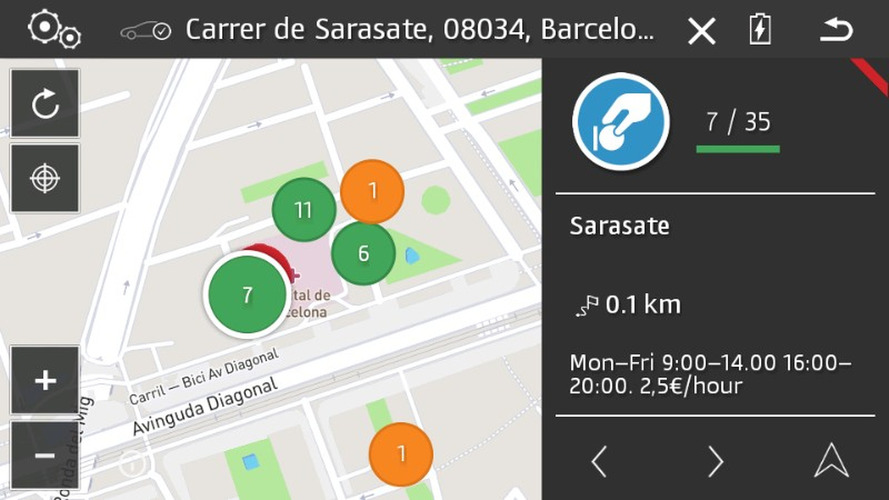 The Ateca Smart City Car will be on display until Thursday at the Smart City Expo World Congress in Barcelona purely as a concept, but even so SEAT mentions it “points towards its future potential.” The company’s Chief Digital Officer, Fabian Simmer, says that almost 30 percent of the traffic in the most important cities in Europe involves drivers searching for an available parking spot. SEAT through its Ateca-based concept wants to eliminate the hassle of having to find one, which in return will reduce the time spent looking for one, as well as slash fuel consumption and emissions, while lowering traffic congestion and noise in crowded cities.

As a side note, Google through its Waze app recently introduced a software with similar functionality by adding a “where to park” function. Created with input from transportation data firm INRIX, it allows users of the app find the closest available parking lots and navigate there directly.

Martorell, 14/11/2016. - Tomorrow SEAT will present a future concept of the SEAT Ateca with Smart City Connectivity, called Ateca Smart City Car, which is able to collect information from its surroundings using tracking sensors and share it with other users via the Parkfinder app, which has been developed by the company and CARNET – the research and innovation hub set up in Barcelona. Through an agreement reached with the Barcelona Council and Cellnex Telecom, this pioneering project enables the SEAT Ateca Smart City Car to transmit information on available parking spaces to the city of Barcelona’s iCity platform. At the same time, this server distributes the information to the Parkfinder app and displays their location to urban drivers on a map.

There are three possible driver profile configurations – close to home, close to work, and a personalised third option. For each of these profiles, the user can organise preferences according to distance, price and the likelihood of finding parking more quickly. In addition, it includes functions such as “Find my car”, which displays where the car is parked, and “Last Mile Routing”, which maps out the distance on foot to the final destination.

Visitors to the Smart City Expo World Congress, which is being held in Barcelona from tomorrow to Thursday 17 November, can view this concept of the Ateca, which points towards its future potential. According to Fabian Simmer, SEAT’s Chief Digital Officer, “nearly 30% of traffic in major European cities involves drivers looking for a place to park. The Ateca Smart City Car and the Parkfinder app display the most convenient route to follow to reduce the time spent looking for a parking space, with the subsequent reduction of emissions, noise and traffic congestion in cities”.

At a stand located in pavilion 2C of the Barcelona Fair’s Gran Vía facilities, which will heavily feature SEAT’s concept of Easy mobility by way of solutions created to make life easier for users in an urban environment, the company will reveal its latest technological innovations on display in the Smart City territory. In addition to unveiling the Ateca at the Smart City Congress, which SEAT is sponsoring as a Global Partner, SEAT will present the Digital Sharing app, which has been developed for sharing economy environments, or peer-to-peer sharing. The app works as a digital key that enables carsharing in private and corporate environments.

Tomorrow, on the first day of the congress, SEAT will feature in one of the scheduled Dialogue Sessions in an encounter between company President Luca de Meo and Italian architect, engineer and director of the Massachusetts Institute of Technology (MIT) Senseable City Lab, Carlo Ratti. Under the heading “The future of urban mobility”, both will discuss several challenges linked to urban mobility of the future, taking into account the influence of the sharing economy culture, which is gaining widespread popularity among consumers.

SEAT’s participation at this benchmark international smart city event consolidates its commitment to developing new mobility solutions where the connected car enhances user experience, making it easier and more flexible. In an environment of disruptive changes, such as the ones the sector is going to undergo in the next decade, SEAT is eager to become a leading brand in the field of connectivity and digitisation. Therefore, it is committed to moving towards new business to be able to deal with the challenges posed by urban infrastructures, traffic systems and vehicles in cities.