This is what VW's new Polo-based crossover could look like 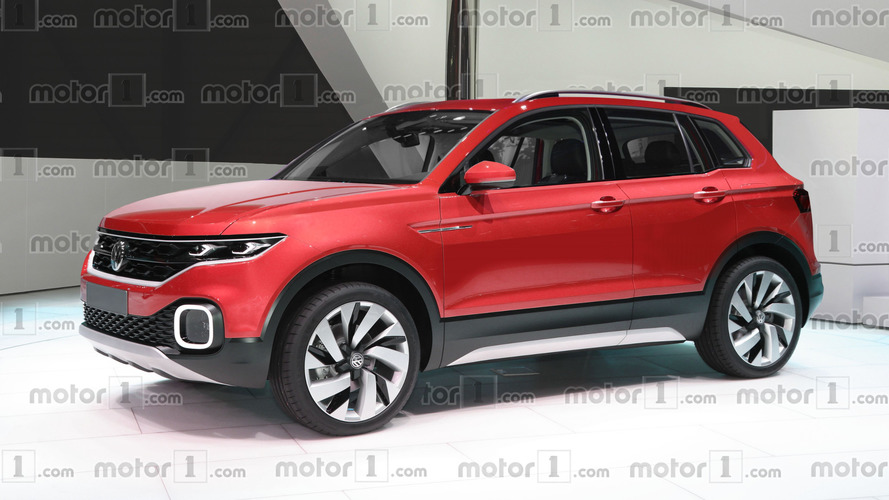 Volkswagen's new Polo-based CUV is coming in 2017 – here's how it might look.

Fresh on the heels of the debut of the new three-row Atlas SUV, Volkswagen has been testing a Polo-based crossover to compete in one of the fastest-growing segments around. Unfortunately, spy shots aren’t enough to satisfy our appetite for the tiny SUV – thankfully, this rendering should do the trick.

The visual mockup seen here gives us our best look yet at the proposed B-SUV from the German manufacturer. Sharing a number of cues with the T-Cross Breeze concept we saw make its debut earlier in the year, the unnamed SUV would introduce a new design direction for the brand, forgoing the typical horizontal grille and vertical running lights in place of something much sleeker.

Squared daytime LED running lights separate from the headlights and grille to accent the boxy body. The side profile will also get a noticeably new look thanks to the introduction of contrast moldings and a rear-third window, which will undoubtedly provide a more open-air feeling in the cabin.

Using the MQB platform as its base, the SUV would measure in at 4.2 to 4.3 meters (165 to 169 inches) long, and share its bones with the new Golf, Audi A3, Seat Leon, and others. Under the hood will be a range of powertrain options, including a three-cylinder 1.0-liter engine and a three-cylinder 1.5-liter engine producing anywhere between 90 and 125 horsepower (67 and 93 kilowatts). All-wheel drive will be available, but likely an option for the higher-trim model.