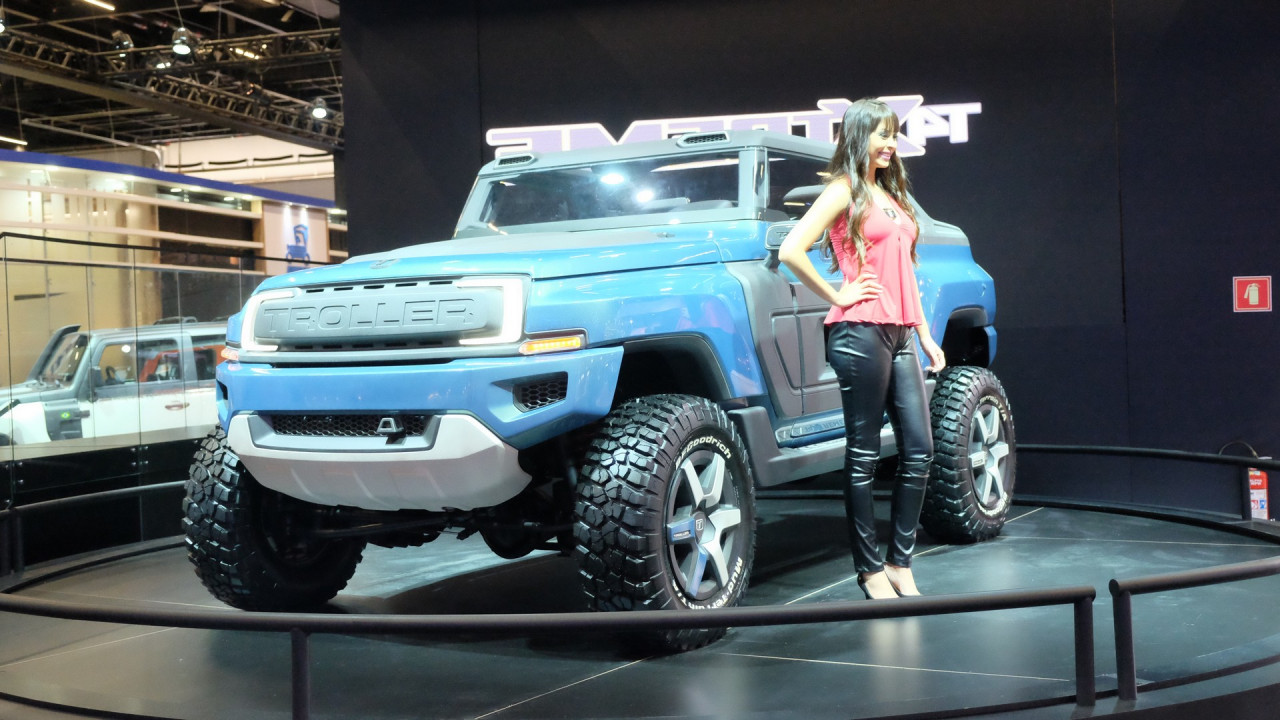 The Ford Ranger-derived platform means thing SUV is probably quite capable off-road right out of the box.

A bounty of rumors suggests that a new Ford Bronco is on the way. While many drivers are hotly anticipating it, Ford’s Troller brand in Brazil is already imaging an off-roader that could be the next best thing. The Troller T4 Xtreme concept looks like a modern interpretation of the Blue Oval’s classic SUV, and The Ford Design Center in Camaçari is even responsible for this vehicle’s boxy shape. Our colleagues at Motor1 Brazil snapped a few photos of the all-terrain-oriented concept at the recent São Paulo Motor Show.

The Troller T4 Xtreme’s chiseled shape evokes the classic Bronco without being too derivative of it. The blocky front end looks just right on this off-roader, and the bracket-shaped headlights are reminiscent of the current F-150. For better water fording, the designers even incorporate a snorkel into the A-pillar. Inside, there are two seats up front, one in the rear, and no roof getting in the way. Storage compartments in the back also make it easier to carry tools or gear into the wilderness.

The Xtreme concept uses the same Ranger-derived underpinnings as the production version of the T4. They share the same 3.2-liter five-cylinder diesel engine that produces 200 horsepower (149 kilowatts) and 347 pound-feet of torque (470 Newton-meters). A six-speed manual sends the power to a four-wheel drive system. The standard T4 that’s on sale lets drivers shift on the fly between two-wheel drive, four-wheel drive high, and four-wheel drive low settings, but it's not clear whether this tech is on the Xtreme concept.

Even the standard version of the T4 is a mean-looking vehicle. The design blends elements from a Jeep Wrangler and Land Rover Defender, but the body is fiberglass. According to our colleagues, the company started in 1995, and Ford later took it over. The T4 originally used mostly Volkswagen components but has since switched to parts from the Blue Oval.

Ford’s Australian division is reportedly leading the new Bronco's development. Contacting the design team in Brazil might be worthwhile for the Aussies, though. The T4 Xtreme is a great start for what the revived SUV should look like.