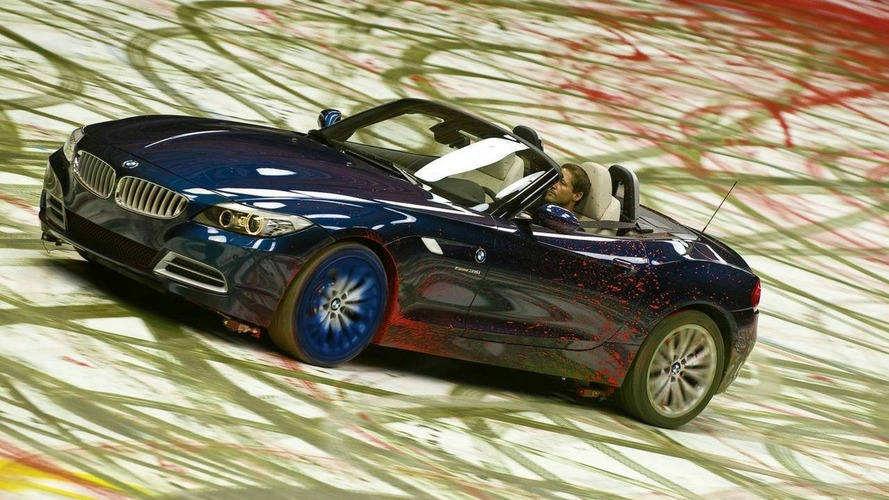 The BMW Art Car Collection has always been a way for artists to use a car as an uncommon canvas. South African Robin Rhode decided that the car should be the brush.

In the 32 years of the BMW Art Car Collection the car itself has always been the canvas. One artist has decided to reenvision the process by making the car the brush instead.

Using a new BMW Z4 Roadster to bring his idea to life, South African artist Robin Rhode conceived the idea. "This work is an expression of painting in action - my hope is to communicate the power and thrill inherent in the creation of art", the artist said in a press release. "For me, the use of an untraditional paintbrush like a high performance car is a great way to investigate the relationship between emotion, technology and industrial creativity."

On a canvas roughly 200 feet long and 100 feet wide, the car was used to spread red, yellow, and blue paint around the canvas. Although seemingly random, the lines and curves were planned out with extreme attention to detail. Rhode was trying to pay homage to an artist who did a series of paintings for BMW.

"One source of inspiration was the seminal work of Gerhard Richter´s series of paintings ‘Red, Yellow, Blue' made in 1973 for the company headquarters in Munich, Germany", Rhode said.

Titled "An Expression of Joy," the painting was produced at Downey Studios in Los Angeles, which doubles as the location for the U.S. edition of Top Gear. The entire process, from sketch to fingerpaint to storyboard to production, was filmed for use in a new BMW television and viral ad campaign. Jake Scott, most known for music videos, directed the film shoot.

About the experience, Scott said, "It is always a gift for a filmmaker to watch an artist of any discipline work." He is also the son of Bladerunner director Ridley Scott.

You will also be able to see behind-the-scenes photos in an upcoming issue of Vanity Fair. The magazine put legendary actor Dennis Hopper behind the lens to document the process.

The driver of the BMW Z4 Roadster is also no stranger to choreographed maneuvers. He was one of the MINI Cooper S stunt drivers on the Italian Job. To get the paint color just right remote-controlled nozzles were mounted near the wheels, with new tires being rotated in and out as new colors were used.

"An Expression of Joy" took roughly 12 hours to complete. Sounds like a fun day's work to us.