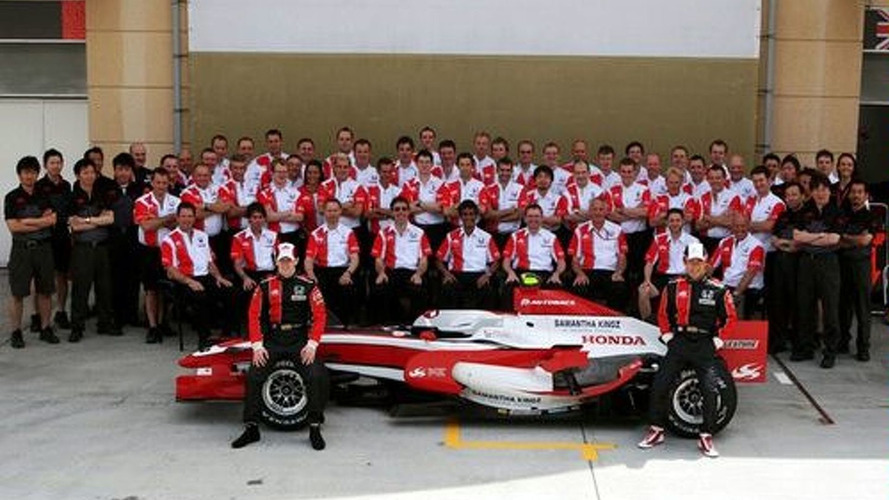 The cash-strapped Formula 1 team Super Aguri has announced its immediate withdrawal from this years championship.

The cash-strapped Formula 1 team Super Aguri has announced its immediate withdrawal from this years championship. The Japanese team's future in F1 has been in doubt for quite some time as they have fought the huge financial strains of not having a major manufacturer behind them.

Honda who provide engines and technical support for the team provided last minute help which enabled Super Aguri to race in Barcelona, but Honda are refusing to give any further aid. Discussions had been ongoing with potential investors but any rescue package has come to late. Super Aguri team principal stated a breach of contract by the promised partner SS United Group Company Limited as the defining factor in their collapse.

Super Aguri participated in 39 formula 1 grand prix since its debut in 2006 gaining a total of 4 world championship points (all in 2007) and finished 9th in the constructors championship last season.

“In order to realize my dream to become an owner of a Formula One Team, I applied for a grid position in the FIA Formula One World Championship in November 2005. Since then, I have participated in the championship for 2 years and 4 months as the SUPER AGURI F1 TEAM, but regretfully I must inform you that the team will be ceasing its racing activities as of today.

The team has competed against the many car manufacturer backed teams and has succeeded in obtaining the first points after only the 22nd race finishing in 9th place overall in the 2007 Constructors’ Championship. However, the breach of contract by the promised partner SS United Group Company Limited resulted in the loss of financial backing and immediately put the team into financial difficulties. Also, the change in direction of the environment surrounding the team, in terms of the use of customer chassis, has affected our ability to find partners.

Meanwhile, with the help of Honda, we have somehow managed to keep the team going, but we find it difficult to establish a way to continue the activities in the future within the environment surrounding F1 and as a result, I have concluded to withdraw from the Championship.

I would like to express my deepest thanks to Honda, Bridgestone, the sponsors, all the people who have given us advise during various situations over the past couple of years all the Team Staff who have kept their motivations high and always done their best, Anthony Davidson who has always pushed to the limit despite the very difficult conditions, Takuma Sato who has been with us from the very start and has always fought hard and led the team and lastly our fans from all over the world who have loyally supported the SUPER AGURI F1 TEAM."