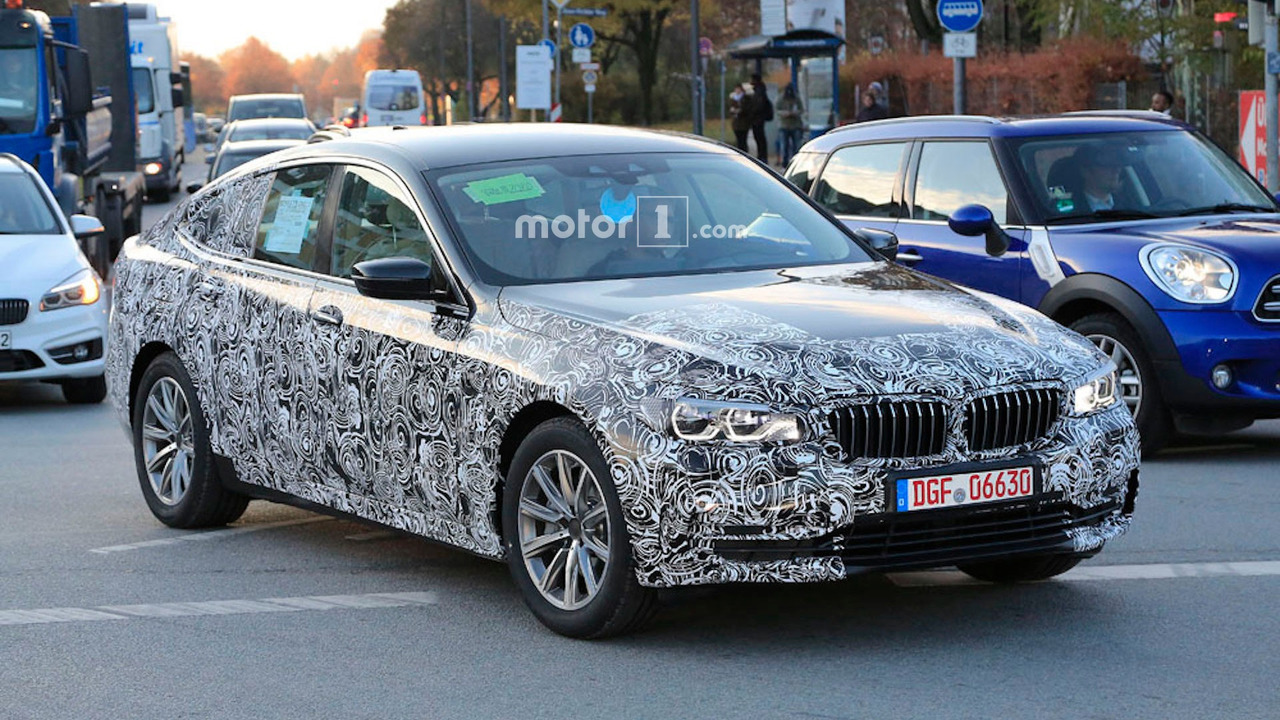 The BMW 6 Series GT is shedding its camo and giving us a better look at the upcoming new model.

In an attempt to streamline its continually confusing lineup (or maybe confuse us even more), BMW will replace the 5 Series Gran Turismo with a more spacious, and better looking 6 Series Gran Turismo. Problem is, details are still pretty slim on this upcoming new sixer. Thankfully, a few new spy shots give us a better idea as to the bootylicious Bimmer.

Expected to arrive sometime in 2018, the new BMW 6 Series GT was spotted testing again on public roads in Germany. In the front, it retains most of its signature cues, but on the rear, the bigger boot is immediately noticeable even under all that camouflage. With a more tapered design, it looks like it will ride lower and feature a sleeker roofline than 5 Series GT it will be replacing.

Riding on the new CLAR architecture – the same platform that underpins the new 7 Series – the 6 Series GT is expected to drop 220 pounds (100 kilograms) over the outgoing model and feature a range of new engine options. In Europe, the GT will vary in trim from a 620d to a 640d for diesel, and 630i to a 640i for gasoline engines. In the U.S., a lone 640i xDrive model is expected initially, with other engine options to follow soon after. Rumors also point to the possibility of a plug-in hybrid 630e down the line.

Inside, a more advanced interior similar to the 7 Series is expected. Though we’ve seen just a small sample of that new space, features like the iDrive controller remain – now sitting next to the gearshift rather than behind it. No word on when or where BMW will officially show off the new 6 Series GT, but expect to see it go on sale for the 2018 model year.