17 foreign market cars you can legally import into the U.S. in 2017 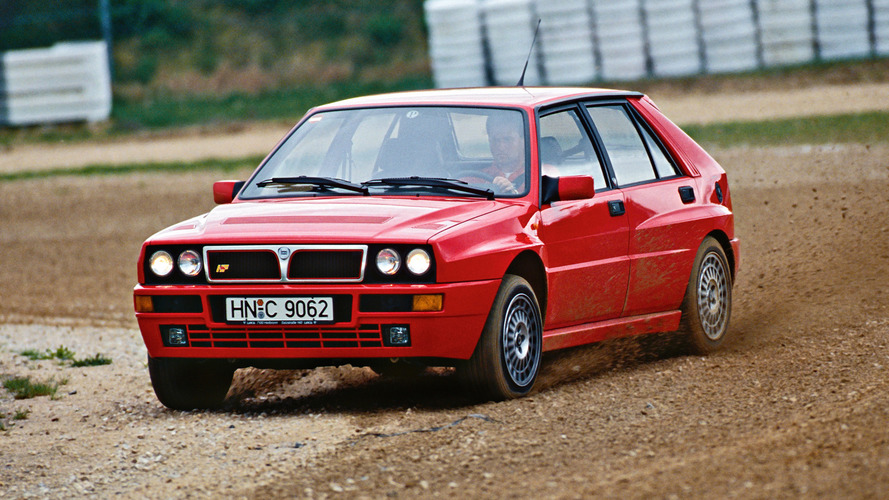 Beginning in 2017, you can legally import these 17 foreign market cars into the U.S.

According to import laws, a car must be 25 years or older to legally bring into the U.S. That means that while we’re still a few years away from shipping over holy grail cars like the Skyline R33, or Nissan Silvia S15 (at least legally), we do have more than a few unique vehicles to choose from 1992 and older. Take a look at these 17 out-of-market options we found.

Introduced in 1991, the Alpine A610 didn’t hit the production line until midway through the year, pending the eventual demise of the slow-selling GTA it was replacing. Though it shared a number of similarities with the outgoing car, the A610 introduced new features like pop-up headlights, a more sculpted rear, and a 3.0-liter turbocharged V6 that produced 247 horsepower (184 kilowatts). While less plentiful on the used market than the A310, a well-kept A610 should set you back around $50,000 (not including import fees).

Japan’s kei car craze throughout the ‘80s and ‘90s led to some particularly unique vehicles. The Autozam AZ-1, with its gullwing doors and turbocharged inline-three-cylinder engine, was arguably the most unique of them all. Manufactured by Suzuki, sold by Mazda, and limited to just three years of production, just 4,392 examples were produced.

Before the Chiron, before the Veyron, there was the EB110. Hitting the market in 1991, the newly-released supercar would give way to a more powerful Supersport designation almost immediately in 1992. Under the hood was a 3.5-liter quad-turbo V12 capable of producing 603 horsepower (450 kilowatts) and a top speed of 206 mph (331 kmh). Though no one is exactly sure how many EB110’s wore the SS designation specifically, just 139 examples of the supercar were produced in total in a four-year period.

Following the arrival of the base ZX five-door in 1991, Citroen introduced the ZX Volcane less than a year later. Upping the ante with a 1.9-liter 130-horsepower (96-kilowatt) engine, the ZX Volcane was well within hot hatch territory for the day, putting the 134-horsepower (99-kilowatt) VW GTI and others on notice.

When it was introduced in 1992, the Ford Escort RS Cosworth was one of the hottest hatches to hit the market. Succeeding the legendary Sierra Cosworth, the Escort put to use a turbocharged 2.0-liter engine pumping out a respectable 224 horsepower (167 kilowatts). Just 7,145 examples were built from 1992 to 1996, so finding one on the used market won’t exactly be an easy task.

Though nowhere near as handsome or powerful as the utes on the market today, a ute is a ute all the same. Launched in January of 1992, the Holden VP Commodore received the ute treatment and re-introduced the configuration to the lineup for the first time in nearly 10 years. Even more enticing, they’re cheap and reliable – you should be able to snag one on the used market for less than $5,000.

Introduced in 1992, the Honda Beat measured in at just 11-feet long, 3.5-feet high, and tipped the scales at just 1,600 pounds (725 kilograms). But what it lacked in stature, it more than made up for in driving pleasure. A 656cc inline-three paired to a five-speed manual gearbox and made for kei car nirvana.

The Honda NSX (available in the U.S. under the Acura nameplate) was first introduced in 1989 at the Chicago Auto Show, and began its sales run both in the U.S. and abroad just a year later. But in 1992, Honda engineers built a limited run of a few lightweight examples specifically for the Japanese market known as the NSX-R. Featuring the same 276-horsepower (205-kilowatt) 3.0-liter V6 available on the U.S. version, the NSX-R was 265 pounds (120 kilograms) lighter and would see just 483 examples produced.

Though not as popular as the Delta Integrale or others before it, the Lancia Dedra HF Integrale used the same engine and transmission as the rally-ready hatchback – a 2.0-liter four-cylinder fuel-injected unit producing 168 horsepower (125 kilowatts) – the same four-wheel drive system, and featured a top speed of 134 mph (215 kmh). Hypothetically, the Dedra should have been quite the success, unfortunately, it was overshadowed by its more successful siblings.

The car, the myth, the legend – the Lancia Delta. Introduced in 1979, it wasn’t until the late ‘80s that Lancia would transform the normally staid hatchback into something of legend. In 1992, it would become even more legendary with the arrival of the HF Integrale Evoluzione. Wider and more powerful than the outgoing Integrale 16V, the Evoluzione produced 210 horsepower (156 kilowatts) at full tilt. Used, a well-kept example will set you back six figures.

Mitsubishi sold just 5,000 examples of the Lancer Evolution I between 1992 and 1993 to meet World Rally Championship homologation standards. All of those cars were reserved specifically for markets outside of the U.S., and featured a 244-horsepower (181-kilowatt) 2.0-liter turbocharged engine and a drivetrain derived from the Galant VR-4. Production, though, didn’t begin until October of 1992, meaning you’ll have to wait a few months into 2017 to get your hands on one.

In 1992, the Opel Calibra got a second wind in the form of the four-wheel-drive, 204-horsepower (150-kilowatt) turbo model. It increased power over the base model by more than 50, and had a claimed top speed of 152 mph (245 kmh) when paired with the standard Getrag six-speed manual transmission. For about $10,000 (not including import costs), you could pick up one of these British beauties and bring it stateside.

While the Peugeot 205 itself may not be rare or unique, the 205 Gentry, introduced in 1992, was a limited run series designed by Pininfarina using 205 GTI underpinnings. Just 400 examples were produced, each one introducing more upscale features like a leather interior and a power sunroof.

While the SVX took up most of the spotlight in the Subaru lineup throughout the early ‘90s, the Japan-only Vivio attempted to cash in on the kei car craze, favoring utility over sport. Offered in three-door, five-door, and T-top trims, the Vivio put to use a 42-horsepower (31-kilowatt) engine in base trim, and a supercharged 64-horsepower (47-kilowatt) engine in the sporty RX-R trim.

To compete with the Autozam AZ-1, Honda Beat, and others, Suzuki launched its own mighty mini in 1991, the Cappuccino. With a turbocharged three-cylinder engine, the Cappuccino put 63 horsepower (46 kilowatts) to the tarmac, and with a unique trio of removable roof panels, it had the ability to transform from coupe, to convertible, and back again.

On the heels of revival, now would be the perfect time if any to search the used market for a TVR Chimaera. Introduced in 1992, the two-seat roadster derived its name from Greek mythology and put to use a either a 4.0-liter V8 capable of 240 horsepower (179 kilowatts), or a 5.0-liter V8 good for 340 horsepower (254 kilowatts).