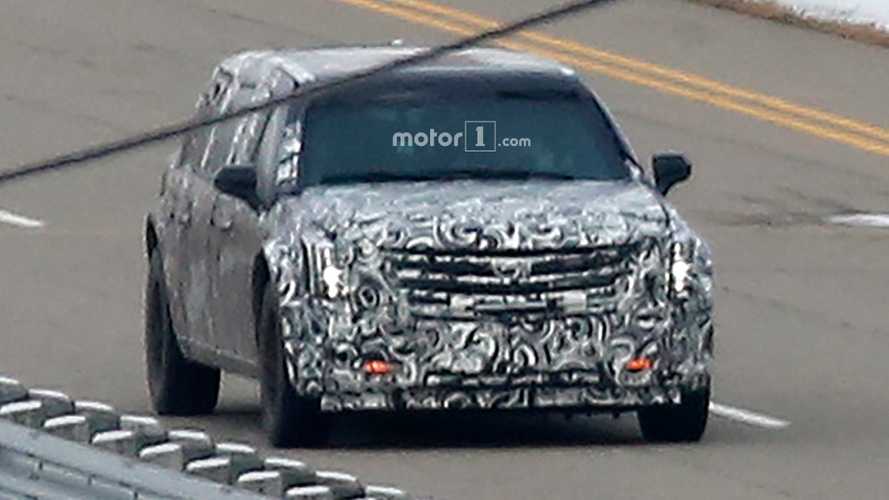 The new presidential limo will go through some final testing before it's handed over to Trump.

When President-elect Donald trump takes his oath of office in 2017, he’ll be joined by a brand new presidential limousine. Replacing the outgoing ‘Beast’ that was introduced in 2009 at Barack Obama’s inauguration, the president’s new ride will be even yuuuuger and more fantastic than ever before.

Seen here in a new spy shot, the Cadillac-branded vehicle will ride on a heavy truck frame, adopt the front fascia of the Cadillac Escalade, and steal cues from the smaller XT5 SUV. According to Autoweek, the new ride will be extremely heavy at 15,000 to 20,000 pounds (6,800 to 9,000 kilograms), and come with all the features one might expect in a presidential limousine of this caliber.

Heavy armor, bulletproof glass, loads of electronic security features, and the capability to withstand a rocket-propelled grenade hit or an IED blast are just some of more notable upgrades. Meanwhile, the interior will retain the similar 2+3+2 layout we saw in the original 'Beast,' and of course all the necessary amenities one might need to do their presidential duties while on the go.

The project took nearly two years to complete and utilized a four-stage approach that included development of armor, installing and testing of said armor, automotive validation, and putting it into production. All in all, the new Caddy cost about $1.5 million, with $15.8 million paid by the government to General Motors in development of future limousines.

While testing continues throughout the year, the new presidential limo will make its debut on January 20 when Donald Trump takes office.