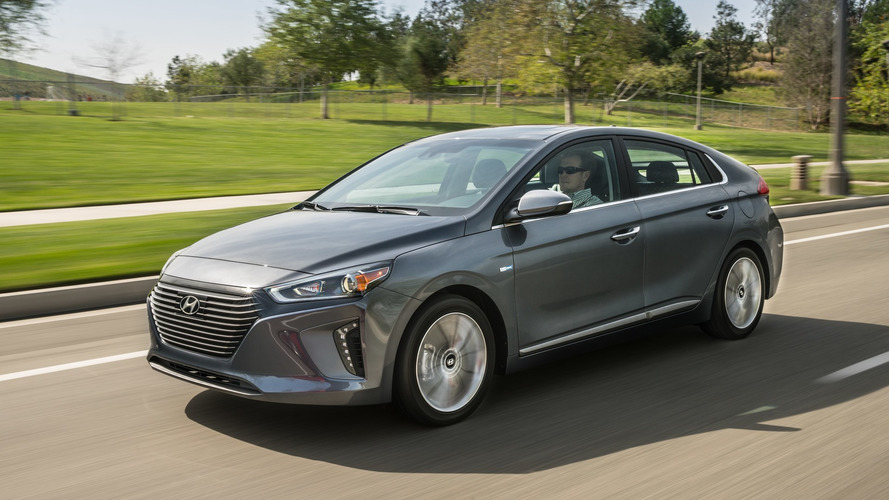 The Ioniq Hybrid, Plug-in Hybrid, and EV will be available to buyers nationwide in the U.S. The trio will have a staggered launch during the 2017 model year.

Hyundai will launch an onslaught of 28 green models in the United States by 2020, including 10 hybrids, 8 plug-in hybrids, 8 electric vehicles, and 2 with hydrogen fuel cells. At a recent briefing, the South Korean automaker dropped some details about this massive project and why it decided now was the right time for a greater emphasis on this segment.

"We know that electrification is the right way to go, irrespective of what we each look for in a vehicle, “ Michael O’Brien, Hyundai Motor America Vice President of Corporate and Product Planning, said during the meeting.

The Ioniq will form the early core of this green product offensive with three versions arriving during the 2017 model year. The EV will be in American showrooms first by the end of 2016. A hybrid will join the range early next year, and the PHEV will round out the lineup in the third quarter of 2017, likely around August.

The Ioniq EV will return an estimated 124 miles (200 kilometers) of range, according to Hyundai, and the company will announce the MPGE rating at the upcoming Los Angeles Auto Show. The launch will come at practically at the same time as the Chevrolet Bolt, but the Bowtie’s electric hatchback will go 238 miles on a charge. However, the South Korean brand pledges to have EVs capable of over 200 miles (322 km) by 2018.

Hyundai sees the Ioniq Hybrid as the highest-volume member of the powertrain trio. “Of course, the biggest single market is hybrids, so that will be the biggest player,” O’Brien said. The company estimates a high-efficiency Blue trim level would get 58 miles per gallon combined fuel economy. The figure would also beat the Eco version of the Prius that manages 56 mpg combined and be well past the 52 mpg from the regular Prius.

Hyundai will also make the Ioniq PHEV competitive against the Prius Prime. The South Korean brand estimates its model can do more than 27 miles (43 km) on electric power, which beats the Toyota’s 25 miles (40 km). The plug-in Ioniq also seats five people, rather than four for the Prime.

Hyundai will offer the three Ioniq powertrains nationwide. Marketing for the EV and PHEV will focus on Zero Emissions Vehicle states, like California and New York, but buyers will be able to order them anywhere.