Vettel and Raikkonen to drive F1 Ferraris at Daytona 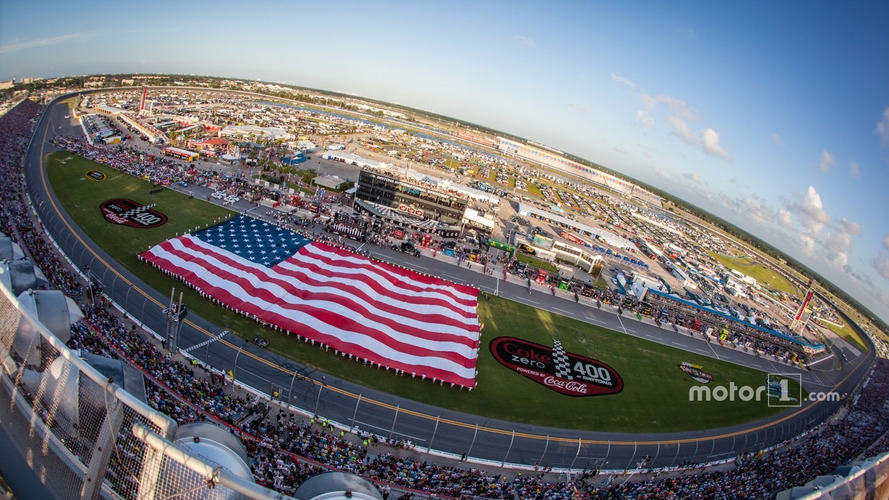 Ferrari drivers Sebastian Vettel and Kimi Raikkonen will drive the Scuderia’s Formula 1 cars around the famed Daytona International Speedway for the first time in history next month.

Both four-time world champion Vettel and 2007 title-winner Raikkonen will demonstrate Ferrari F1 cars at the Ferrari Finali Mondiali event on December 4 on the venue's road course.

This layout uses both of the oval’s high-banked turns, as well as the ‘tri-oval’ stretch at the start/finish line, along with the infield section and Bus Stop chicane.

Vettel and Raikkonen will participate in a ‘show’ that will feature demonstrations of pitstops, thrilling accelerations and fast laps around the Speedway’s 3.56-mile road course.

The Ferrari Finali Mondiali is a four-day event that’s being staged in North America for the first time, and will bring together competitors from the European, North American and Asia Pacific series of the Ferrari Challenge for a battle for the World Championship in their Ferrari 458 Challenge EVOs.

The event has been previously held in Abu Dhabi, Spain and Italy.

Gallery: Vettel and Raikkonen to drive F1 Ferraris at Daytona