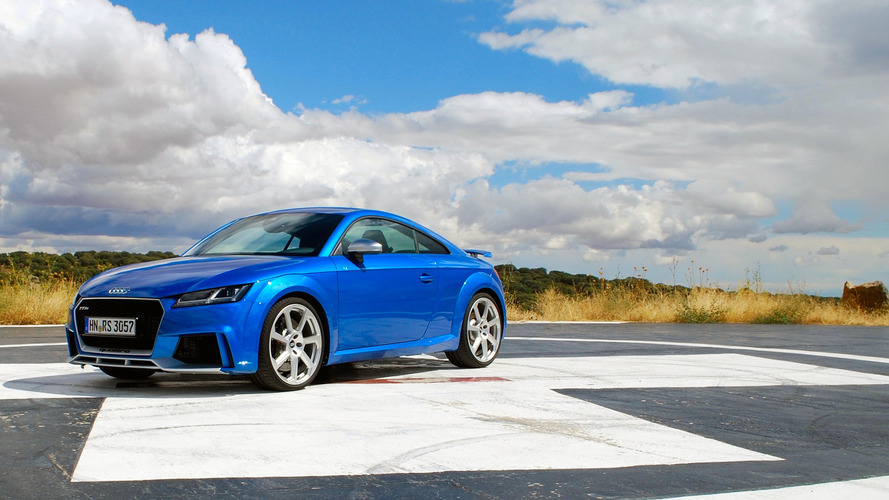 An even bigger choice of ridiculously fast Audis is surely a good thing.

Audi Sport is set to launch another eight high performance RS models by early 2018, filling the range out to 15 cars, reports Autocar.

The division’s new head, Stephan Winkelmann, who has been in his post since leaving Lamborghini in February, told the magazine: “There is more to come. We have one company, one name and we have a brand. But we will remain exclusive.”

The Audi RS range currently encompasses the RS3, RS6, RS7, Q3 RS, and TT RS in coupe and roadster forms. The outfit is also responsible for the R8.

Under Winkelmann’s watch, RS will be grouped together with the other low-volume elements of the Audi business including Quattro, Audi Exclusive, and the customer racing car department of Audi Sport that deals with the R8 LMS, TT Cup, and the new RS3 LMS.

Winkelmann would not confirm which of Audi’s models will receive the RS treatment within the next year and a half. But the latest A4 and A5 are almost certain to, while rumors persist of an impending Q5 RS, and an RS1. There could be a hardcore R8, as well.

The first few RS models were run-out special editions, performance flagships much more extreme than the “regular” S models that were launched two years before the base car reached the end of its life cycle.

The original Audi 80 wagon-based RS2 was built from 1994 to 1995; it wasn’t followed up until 2000 when the first RS4 was launched. The bigger, more powerful RS6 was added as well, but the pair remained the only choices in the RS range until the TT RS debuted in 2009. That car marked a change of strategy. From then on, RS models would be launched much earlier in the base car’s life, becoming "just" another model and losing a bit a exclusivity in the process.

Not that RS will go chasing volume as Mercedes-AMG, which sells around 80,000 units a year, has.

“We are not going to do what they do,” Winkelmann said. “We have a lot of plans but are not revealing them yet. It is better to under-promise and over-deliver.”