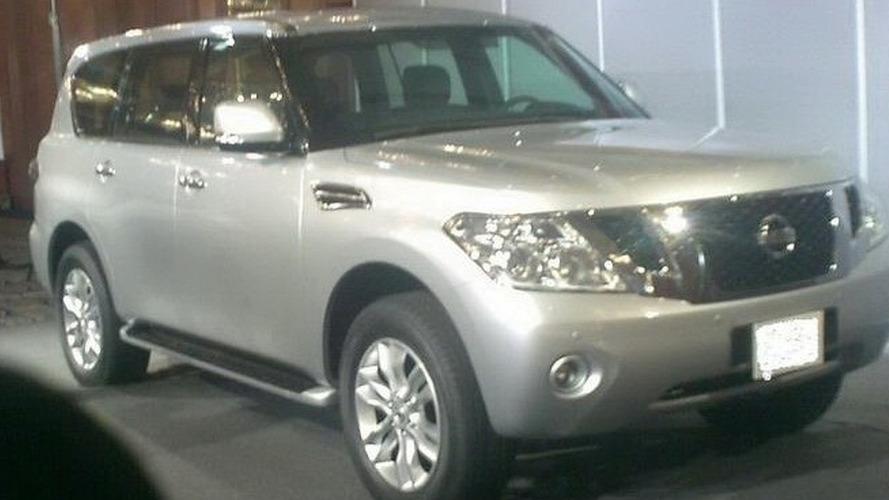 Early photos of a 2010 Nissan Patrol production unit have leaked out to the web, and the SUV looks pretty cool. With the right power ratings, this vehicle could easily compete with the Toyota Land Cruiser.

Photos of the new 2010 Nissan Patrol have been leaked out to cyberspace. The snaps are speculated as having been taken during an "official presentation of the vehicle."

The SUV looks to be Nissan's biggest 4x4, putting it in direct competition with the Toyota Land Cruiser. It looks bulky and macho, but not at all in a bad way. LEDs look to be integrated at the rear. Design touches are reminiscent of the Nissan Terranaut Concept from the 2006 Geneva Motor Show.

No specs are available yet, but no doubt the new vehicle will have to maintain off-road capabilities. Early speculation has mentioned everything from a 265 hp 3.0L V6 diesel built out of a Renault partnership, a V6 turbo, and a V6 and V8 naturally-aspirated petrol. The latter possibly being a 4.8 litre monster.

Hopefully, questions like, "how will this play into Nissan and Infiniti's North American plans?" will be answered soon. We expect to hear much more about the 2010 Nissan Patrol in the coming months.