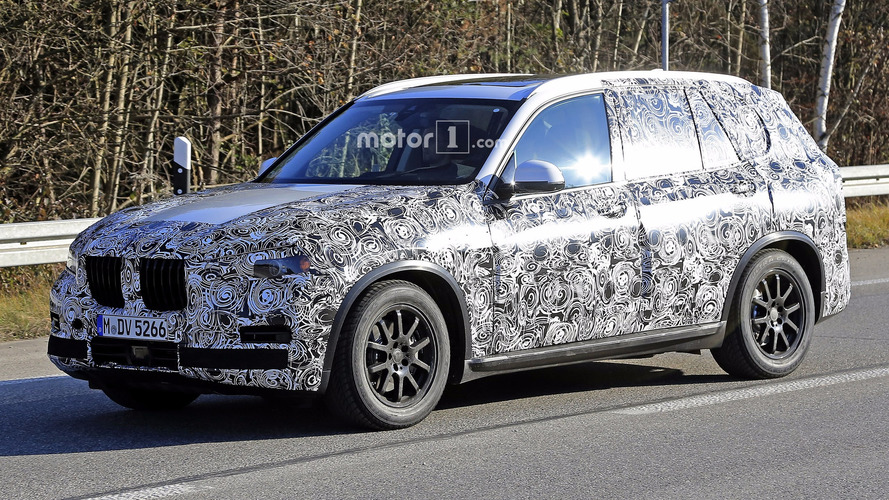 It may look very familiar, but in reality the fourth-generation BMW X5 will be an all-new model.

The current X5 (F15) went on sale about three years ago, but BMW is already planning ahead by working on a successor internally known as the “G05.” Bearing a striking resemblance to the 2018 X3 prototype spotted earlier this week, the next plush SUV from Bavaria can be seen here for the very first time with a production body since previous spy images have shown early test mules. It still has the provisional headlights and taillights, but other than that it appears to be very close to the finished product.

Once the swirly camouflage will come off, it will reveal a very familiar exterior design in line with the current midsize Sports Activity Vehicle (SAV). That being said, we can already notice a few changes, such as the enlarged kidney grille and reshaped bumpers, while the dual exhaust tips appear to be slightly wider to give the X5 a sportier rear end.

With the aforementioned X3 about to grow in size, we should be expecting a minor stretch from the next X5 as well. The prototype’s wheel arches appear to be a tad wider, although that might be just an illusion caused by the small wheels this test vehicle had. Despite the expected increased footprint, the all-new X5 won’t actually be any heavier. On the contrary, switching to the CLAR platform should enable a healthy weight loss thanks to a more extensive use of aluminum sprinkled with some carbon fiber as seen on the latest 7 Series.

The X5 will also serve as foundation for the first-ever X7, a seven-seat monster of an SUV scheduled to receive an ultra-luxurious derivative with a four-seat cabin carrying a starting price in excess of $100,000. While the new X5 will likely debut by the end of next year as a 2018 model year, the X7 will arrive later in 2018 and go on sale as a 2019MY. It remains to be seen whether the four-seat version is going to be available from day one or BMW will decide to launch it later during the X7’s life cycle. Both the X5 and X7 are going to be manufactured in United States at the Spartanburg factory where the X3, X4, and X6 models are also being assembled.

Meanwhile, the folks from Bavarian Motor Works are also gearing up to launch a coupe-ified version of the X1 dubbed X2 and previewed by a namesake concept last month in Paris.

Here's a spy video with an early test mule, which did not have most of the production bits.

BMW i Hydrogen NEXT concept
++21