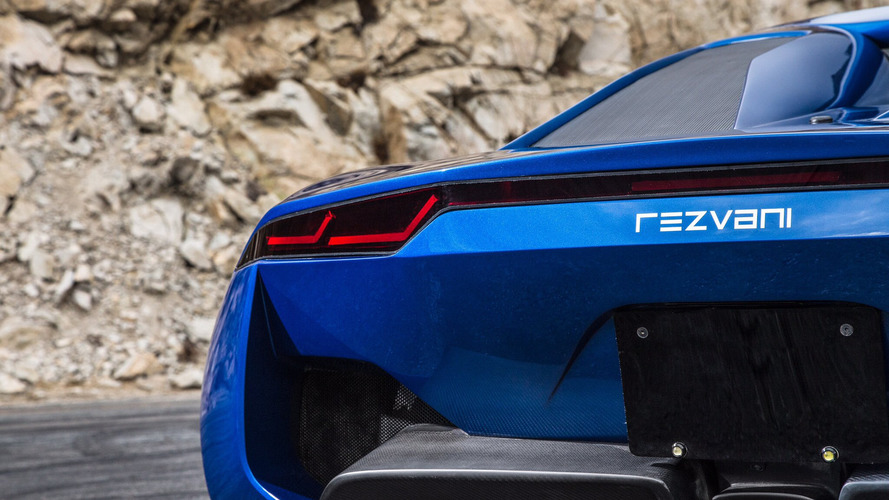 Rezvani Motors has been very deliberate about slowly revealing the new Beast Alpha, but the company has now revealed additional details and an image of the upcoming supercar. The full debut is just a few days away on November 16 in Los Angeles, California.

The company reports that the less ferocious Beast Alpha weighs 1,950 pounds (885 kilogram). In comparison, the standard Beast tips the scales at 1,650 pounds (748 kg). Both use a mid-mounted Honda-sourced 2.4-liter supercharged four-cylinder with 500 horsepower (373 kilowatts). However, the extra heft means the new vehicle sprints to 60 miles per hour (97 kilometers per hour) in 3.2 seconds instead of 2.7 seconds for the regular version. Alpha customers can choose whether the power routes through a six-speed manual transmission or automatic gearbox with paddle shifters.

The company’s latest teaser photo also reveals the Beast Alpha’s angular rear. It features thin taillights with L-shaped LEDs. There are also huge outlets behind the wheels. A massive diffuser and central exhaust site below the bumper.

Rezvani launched the standard Beast last year, and prices start at $215,000. The company uses the same chassis as the Ariel Atom 3 but adds a carbon fiber body. It’s not yet clear whether the Alpha uses the same platform, but the price could probably be even higher because of the extra equipment.

Orange, County, CA., — In less than a week, the Rezvani Beast Alpha will make its world debut in Los Angeles, California. Along with all-new features that include that addition of trademark Sidewinder doors, air-conditioning, airbags, and a removable targa-style top, the Beast Alpha will add supercar levels of performance to the mix.

At its core, a 500-horsepower engine will propel the 1,950-pound Beast Alpha to 60 mph in just 3.2 seconds. All that power will be managed via a six-speed close-ratio manual gearbox, with an automatic transmission with paddle shifters available as an option to buyers.

Rezvani Motors was founded in 2014, in Orange County, California, with a mission to create the purest sports car driving experience on the market. All vehicles are designed and developed in the United States with suppliers and partners from around the world.