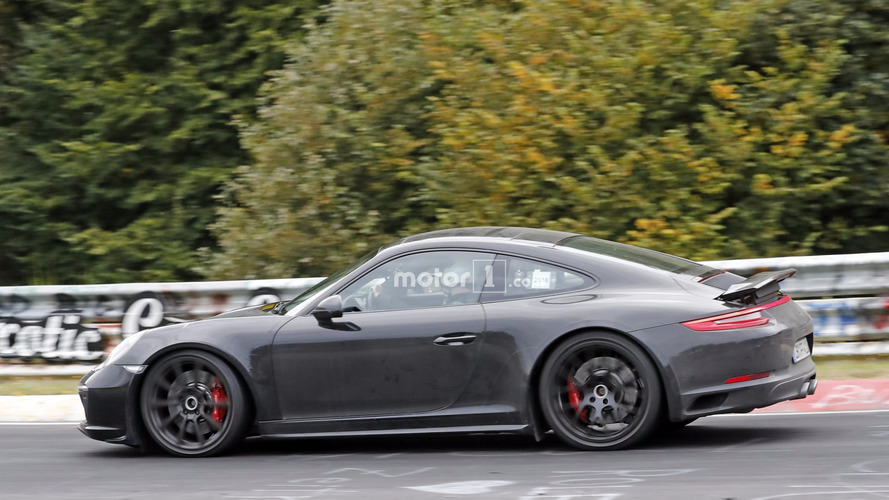 There are more changes than meets the eye.

The 991 generation of Porsche’s iconic 911 model still has plenty of life in it, with the facelifted GT3 and the range-topping GT2 expected to see the light of day quite possibly next year. At the same time, work is already well underway at the 992 model seen here as an early test mule stretching out at the Nürburgring (where else?)

While at first glance it looks like it’s wearing the standard body of the current 991.2 Carrera 4, the test vehicle has actually been subjected to a series of changes. The 2+2 coupe from Porsche seems to feature wider fenders and beefier wheel arches, thus indicating wider tracks are in tow for Stuttgart’s Nine Eleven. The increase in size might have something to do with the fact the next generation is expected to spawn a plug-in hybrid version for the very first time in the model’s existence.

An all-electric derivative has been ruled out by Porsche as the company believes it doesn’t make sense for the time being. But some form of electrification is probably on the agenda not only as a way to slash fuel consumption and emission, but also to boost performance. Porsche is already working on a full-electric Mission E sedan due to arrive by the end of the decade, so the lessons learned during the EV’s development could be put to good use in a hybridized 911.

Porsche through the voice of its 911 product line director Erhard Mössle has already announced during an interview with Autocar the next-gen model will ride on an updated configuration of the existing MMB platform rather than switching to all-new underpinnings. Unsurprisingly, he also disclosed the exterior design will be evolutionary rather than revolutionary, as it has always been the case with the 911 ever since its inception back in the early 1960s.

Look for a premiere to occur in the second half of 2018, with sales to commence by the year’s end or early 2019.