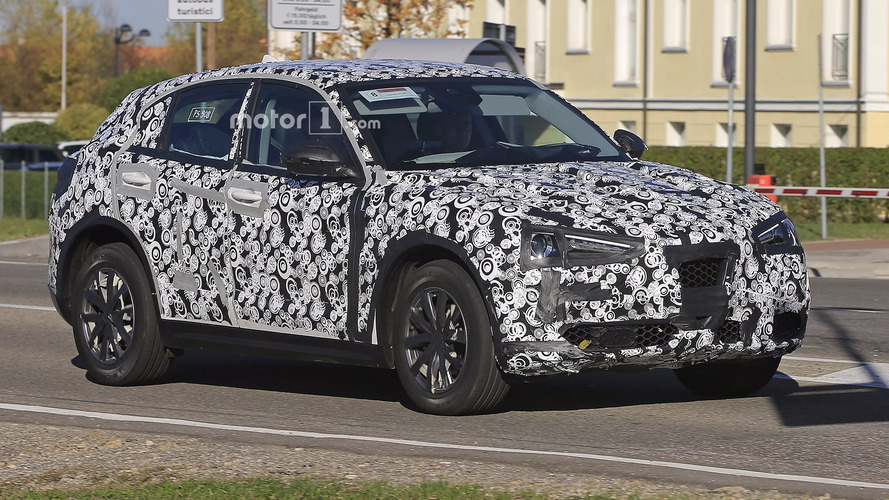 Basically a Giulia SUV, the Alfa Romeo Stelvio will go official later this month at the Los Angeles Auto Show.

After Maserati and its Levante, another FCA-owned marque is getting ready to jump on the already crowded SUV bandwagon. We’re talking about Alfa Romeo and the Stelvio spotted here possibly for the last time testing as a camouflaged prototype. It’s still wearing a lot of disguise, but even so it appears we are looking at an SUV version of the Giulia sedan. Whether that’s a good thing or not, customers will decide. One thing is for sure, those cannon-like exhaust finishers will make it stand out from the current crop of SUVs.

The Stelvio will be Alfa’s belated entry into the SUV segment more than 13 years after the Kamal concept was revealed to signal the brand’s intentions to launch a high-riding model. Confirmed to be a tad bigger than the BMW X3, the Stelvio not only will it borrow most of its design cues and the interior cabin from the Giulia, but it will also inherit a large part of the hardware. As such, a rear-wheel-drive layout will be standard, while a grippy AWD setup is going to cost extra.

To spice things up, Alfa Romeo could decide to launch a warm Veloce version with a 280-hp gasoline engine and a 210-hp turbodiesel as seen in the Giulia Veloce introduced earlier this year. Should you desire even more oomph, a Quadrifoglio range topper is bound to receive a “Ferrari-inspired” biturbo 2.9-liter V6 unleashing 505 horsepower and 443 pound-feet (600 Newton-meters) of torque. It remains to be seen whether the hottest flavor will be available from day one as it was the case with the Giulia Q, or if Alfa will decide to save the icing on the cake for later.

We’ll know for sure next week when the Stelvio will receive its much-awaited premiere at the Los Angeles Auto Show. Following its production kick off at the Cassino factory in Italy, the Stelvio will start reaching early adopters in the first months of 2017.