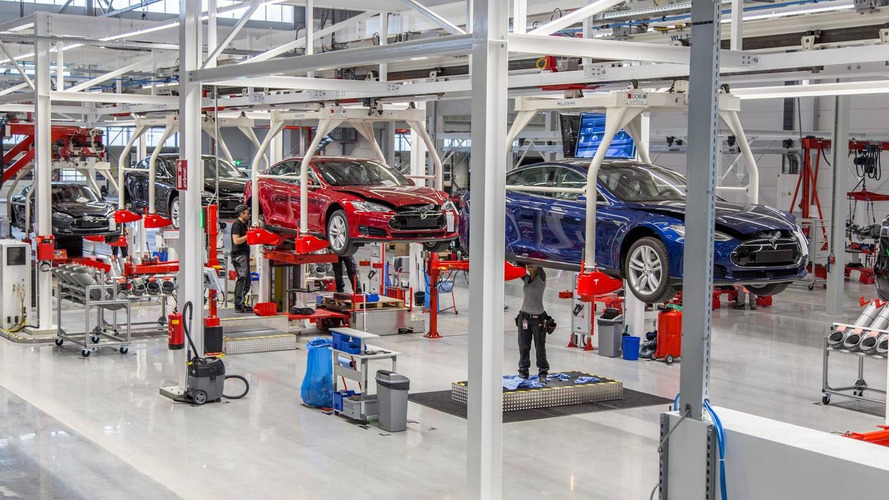 Tesla has inked a deal to purchase Grohmann Engineering to gain access to their automated manufacturing knowhow and speed up production in order to reach the output target of 500,000 units annually by 2018. Based in Prüm, Germany, Grohmann Engineering will soon change its name to Tesla Grohmann Automation once the acquisition will be finalized by early next year when Tesla expects it will receive the stamp of approval from the German regulators.

Grohmann Engineering founder and CEO Klaus Grohmann will be in charge of helping Tesla design and produce automated manufacturing systems in Prüm, with the main objective to make Tesla’s factories “the most advanced in the world.” In order to do so, more than 1,000 engineers and technicians will be hired in the next two years to boost quality and speed up production, as well as reduce the manufacturing costs per car to allow Tesla increase its profit margin.

The production rate at the Freemont factory in California has increased by a whopping 400 percent in only four years, while last year Tesla opened its first European assembly plant in Tilburg, The Netherlands. The Dutch factory is in charge of putting together the Model S and X using parts delivered from the aforementioned Freemont facility. There have also been talks concerning a new factory in France at the Fessenheim nuclear power plant where the reactor will be shut down at the end of 2016.

With more than 400,000 people lined up to for the Model 3, it doesn’t come as a surprise that Tesla has decided to buy Grohmann Engineering to increase its production capabilities and match the strong demand. Let’s not forget that additional productions are already in the pipeline, including a compact crossover, a minibus, and even a pickup truck.

Tesla mentions other engineering facilities will follow to turn the Palo Alto-based marque into the “best manufacturer in the world.”