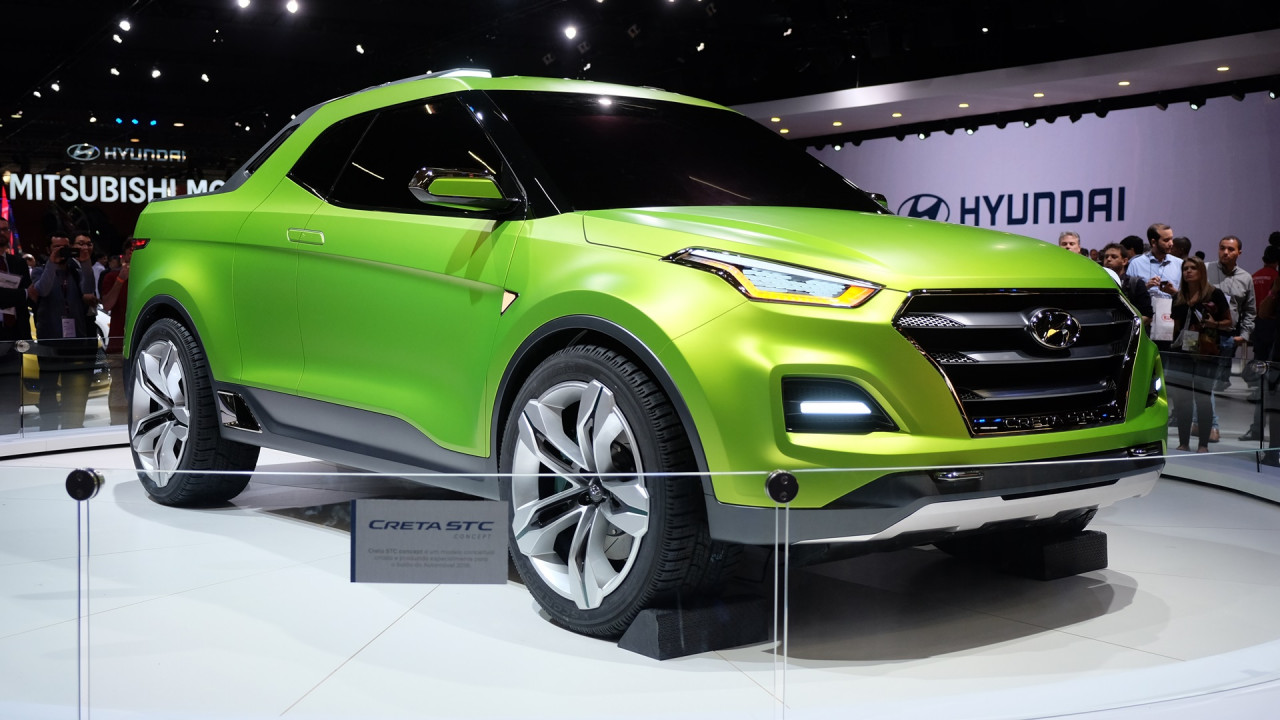 Today at the Sao Paulo Motor Show in Brazil, Hyundai gave its compact Creta crossover a creative new look. The Creta STC (Sport Truck Concept) takes the signature styling cues found on the road-going Creta SUV – more popularly known as the ix25 – and mixes it with the utility of a light pickup.

Developed by the Hyundai Design Center in South Korea, the team worked in partnership with Hyundai Motor Brazil’s area development specialists in creation of a concept specific to the Brazilian market. The idea was to create a unibody pickup aimed at the younger generation, large urban centers, and emerging markets with a focus on sport utility.

The final touches come in the ergonomic bed, which similar to the Honda Ridgeline, introduces a set of speakers, power outlets, and a number of nifty storage compartments. Though Hyundai doesn't provide a figure for load capacity, one can expect it to be similar to the 650 kilograms (1,433 pounds) avaialbe in the Fiat Toro.

The Creta STC will remain a concept for now, Hyundai not providing any detail as to production possibilities.