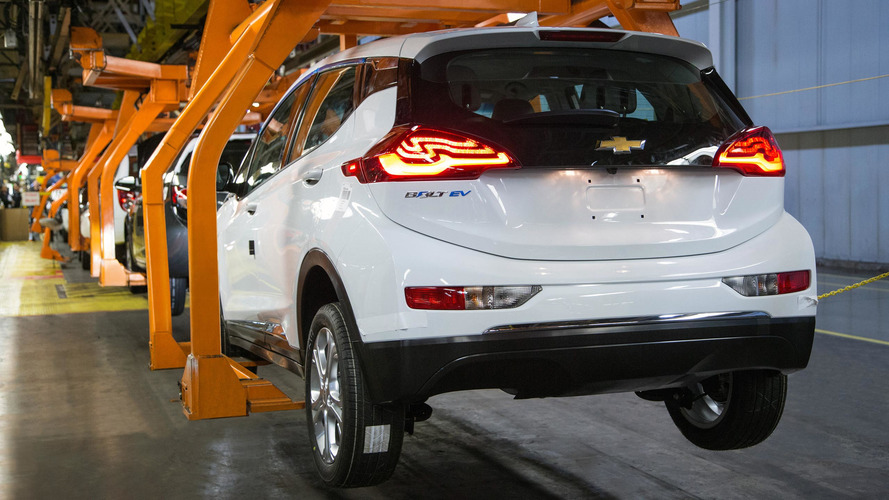 The company's big gamble on introducing an affordable electric car is just weeks away from getting its first test on the market.

The Chevrolet Bolt could be the next big step in bringing electric motoring to the masses thanks to its affordable price and 238-mile (383-kilometer) range on a charge. The hatchback’s assembly is now underway in Michigan, and all signs point to the company meeting its goal of beginning deliveries to dealers before the end of the year, according to Automotive News.

Rather than putting all of its eggs into the Bolt’s basket, General Motors has a scalable assembly line for reacting in changes to demand. The company builds the EV on the same production line as the Sonic hatchback and sedan at the Orion Assembly Plant. If the company needs more of them, then it can reshuffle the manufacturing ratio. According to Automotive News after a recent factory tour, the Bolt is currently 20 to 25 percent of the mix for the single shift of workers. After the failure of the Cadillac ELR, GM likely doesn’t want to be burned again by a lack of EV demand.

The Bolt hits the market as the first vehicle in a new generation of affordable EVs. Where current inexpensive options like the current Nissan Leaf struggle to go much more than 100 miles, the Chevy can go more than double that. Prices start at $37,495 before government incentives, but tax rebates could take the cost as low as $29,995 for some buyers. We don’t yet know the premium for the Premier trim, but it adds leather seats, a 360-degree camera system, and a rear camera display in the mirror.

Chevy’s EV also benefits from a first-mover advantage in this burgeoning segment. The Tesla Model 3 also aims to be an affordable electric car at around $35,000, but it’s a year away from the expected market launch. The estimated range of at least 215 miles (346 km) wouldn’t beat the Bolt, either.

Nissan is also prepping a second generation of the Leaf that would follow in the tire tracks of the popular original. The sharply styled hatchback would reportedly have a 60-kilowatt-hour battery and a range as high as 249 miles. There are only rumors about the premiere date, though. Rumors suggest the production version might debut sometime in 2017 and be on sale in time for the 2018 model year.