Mitsubishi brought the first car with 4x4 to Sao Paulo 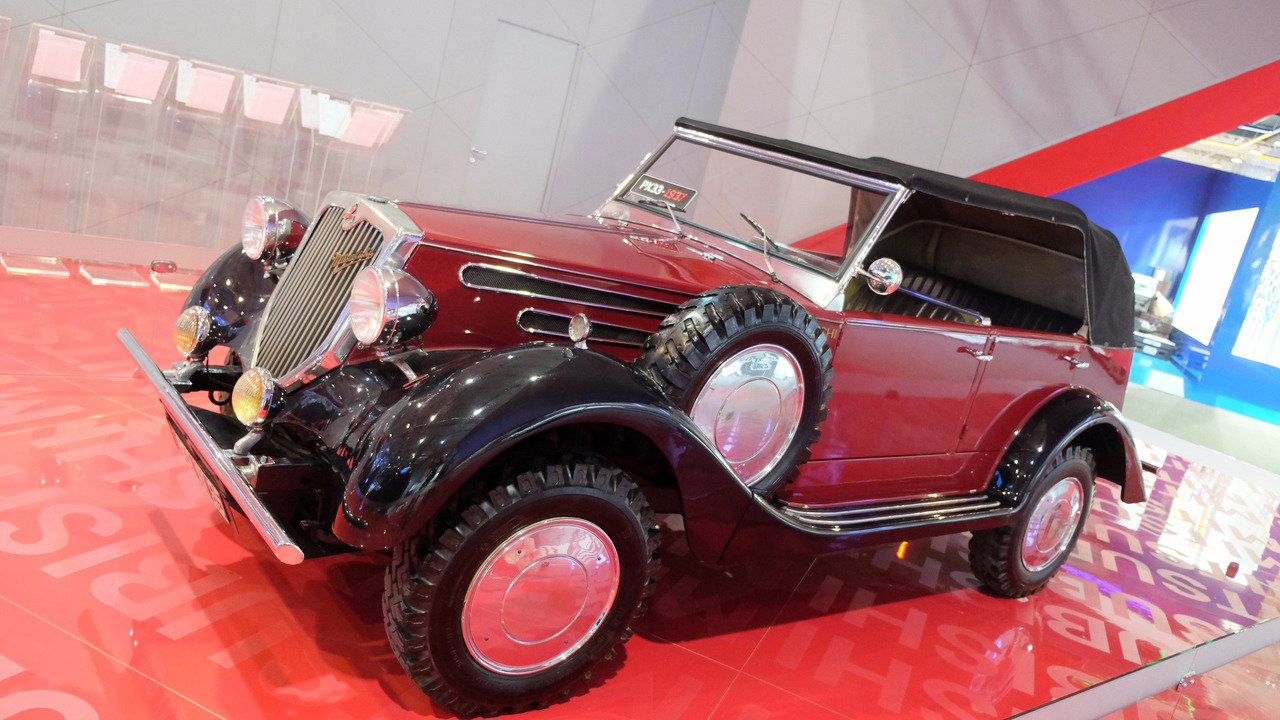 The brand is focusing on tradition to highlight its range of cars in Brazil.

New cars and concepts aren't the only things to be found at the biggest automotive event in Latin America. Here at the São Paulo Motor Show in Brazil this week, Mitsubishi has a special place reserved in its display for history.

Meet the Mitsubishi PX-33, the first passenger car equipped with 4x4 traction at a time when it was exclusively found on heavy vehicles and cargo carriers. The PX-33 was originally commissioned as a military vehicle by the Japanese government in the early 1940s. Only four were built, but Mitsubishi saved this one, which on rare occasions gets used in situations like this to highlight the history of its off-road innovation.

This is the car that gave rise to, for example, the famous Mitsubishi Pajero, and could even be called a descendent of the Lancer Evolution. The PX-33 also has an astonishingly large 6.7-liter diesel engine, though it only produces only 70 bhp. Still, it carries the honor of being another first: Japan's first direct injection diesel engine.