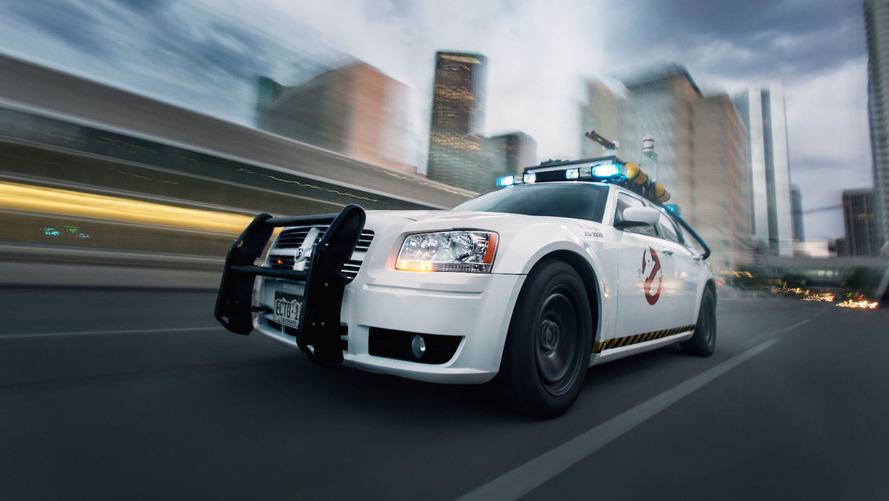 This Ghostbusters-themed Dodge Magnum is up for grabs on eBay – Stay Puft marshmallows not included.

If you're looking for a car that pays homage to one of the most iconic movies of all time, who you gonna call? In this case, you’d call the owner of this 2008 Dodge Magnum made up to look like the Ecto-1 Cadillac from the original Ghostbusters movie. It’s up for grabs on eBay

Built in 2009, the car features the Ghostbusters logo prominently on the door panels and rear, as well as improvised caution tape vinyl on the running board, red pin striping on the boot lid, and a bullbar on the front grille. Its most recognizable feature coming in the form of a faux proton cannon on the roof, appropriate Whelen EDGE9000 emergency light bars, and four marine speakers hidden inside the roof rack that connect to an in-car PA system.

The car has been used extensively at a number of events around the U.S., honoring the original 1984 film. Driven through 37 states, it’s raised more than $35,000 for non-profit charities by escorting fans of the franchise to haunted houses and various locations around each city. It’s even signed by Dan Aykroyd and Ernie Hudson, the original actors from the films.

Given that it’s been so heavily used, the original 3.5-liter V6 has racked up over 167,000 miles (268,760 kilometers). The seller says that after a replaced bearing at 24,000 miles (38,624 kilometers), new shocks, struts, a new battery, and a new alternator, it’s in great condition. The owner even gave it a brand new bright white paint job over the original cream factory finish.

With no reserve and just two days left on the auction, it’s destined for a new home. Let’s just hope it doesn’t come with any paranormal passengers.