Is this bright green Alpina B7 great or gross?

An Abu Dhabi owner has made a brave choice, speccing his B7 in Java Green.

The latest BMW 7 Series is undoubtedly a handsome, elegant thing, but in a rather sober-suited kind of way. It’s the kind of car that looks best in black, dark blue, or dark grey. Maybe silver at a push, or white in Florida.

Even the big wheels, skirts and spoilers of the tuned Alpina B7 don’t change the situation. The darker the color, the better. That way you can have endless fun toying with other, unsuspecting drivers, who think you’re just another middle-ranking executive in a bottom-rung 7 Series, and are left open-mouthed when you blast by at 200 miles per hour (320 kilometers per hour). On the autobhan, obviously. 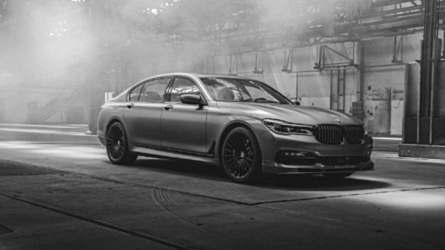 Stealthy Alpina B7 Is Only For Canada 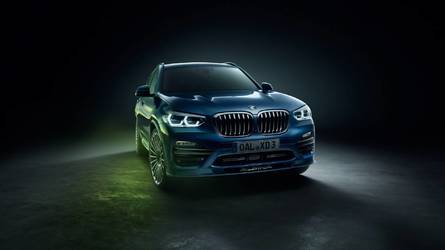 It takes someone extremely brave, then, to spec their B7 in a bright color. But BMW Abu Dhabi has one such customer who chose to have their car painted day-glo Java Green.

There is some sort of precedent here, as the color is a metallic version of Alpina’s traditional racing green - kind of. In the last couple of years, BMW Abu Dhabi has delivered a number of other cars finished in the same hue, including an M6 and an M4.

This B7 certainly stands out from the crowd - if, indeed, there is a crowd of B7s in Abu Dhabi. The interior is lavishly finished in bright white leather, and seems to be fitted out with every single gadget it is possible to load into a 7 Series.

Only the Mercedes-AMG S65 and BMW's own M760Li really rank as rivals to the B7, but both are, comparatively speaking, ten a penny. Which really matters at a time when the super-rich are obsessed with exclusivity. Most importantly, though, neither is quite as fast.