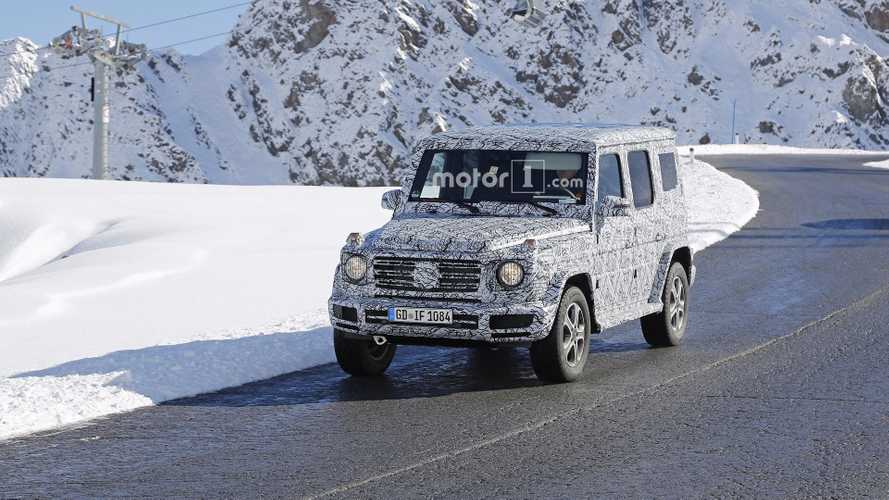 The G-Wagen has been boxy since its inception, and thankfully it will remain that way in its next iteration.

The venerable off roader in civilian guise has been around since the late 1970s and has remained basically the same over the years, with a few updates from time to time. One thing that hasn’t changed at all is the boxy shape, which the latest spy images are showing will soldier on for the W464 generation due to arrive by the end of 2017.

While the shape will remain virtually unchanged, an increase in width of approximately four inches (10 centimeters) will give the G-Class a beefier appearance and at the same time will free up more space inside the cabin. The very few changes on the outside might tempt you to believe the new version will be nothing more than a facelift of the current model, but in reality the next G will bring some comprehensive mechanical changes.

That’s because Mercedes will utilize a different platform for its reputable off roader, one that is expected to shave off as much as 900 pounds (408 kilograms). That honestly sounds too good to be true, but even if it won’t cut so much fat, the new G-Wagen is hitting the gym hard. The draconian diet alone will make the new G-Class a lot more efficient than the current model, but we are expecting the latest engines to further contribute to lower fuel consumption and emissions. Maybe the recently announced inline-six turbodiesel with 313 horsepower (230 kilowatts) will be offered at some point in the future, following its introduction next year in the facelifted S-Class.

An overhauled suspension is also on the agenda to boost comfort and stability, while the interior cabin will be subjected to some significant changes in order to bring the G-Class in line with the recent models carrying the three-pointed star logo.

Mercedes might have the new G ready to display at the Frankfurt Motor Show in September 2017, with sales to kick off later that year or early 2018.