Why is this 1991 Pontiac minivan up for auction in Italy? 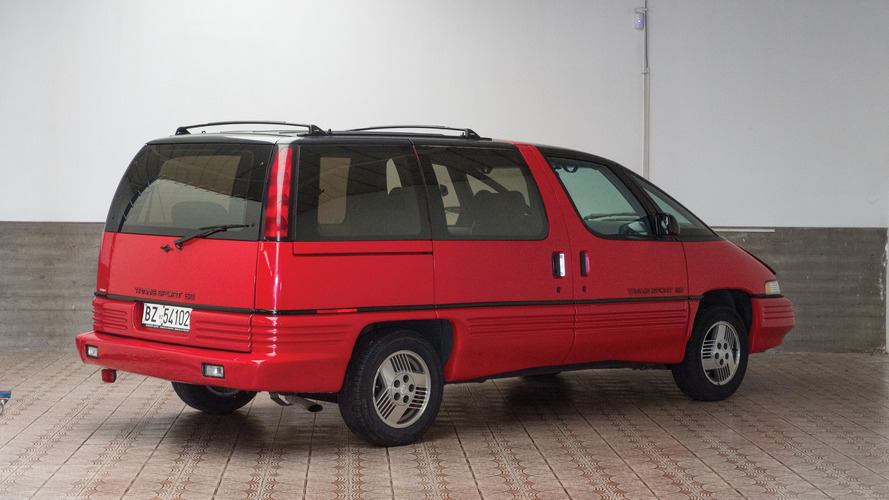 We don’t know why this Pontiac Trans Sport is on sale in Italy, but we bet it still smells like McDonalds.

Though the unusual Aztek gets most of the recognition when reminiscing on the Pontiac lineup, another unique vehicle succeeded the Aztek from 1989 to 1998. The Pontiac Trans Sport — which was first shown to the public as a concept in 1986 — featured radical styling and advanced technology… at least for a minivan.

Its distinctive dent and rust-resistant polymer plastic body panels were crafted around a galvanized steel space frame. Inside, 2+2+2 style seating was available on the more expensive Sport SE and GT trims. Meanwhile, air-pressurized rear shocks maintained vehicle ride height no matter the load. The car was so initially well received, in fact, that it found a temporary home as a feature at EPCOT’s World of Motion ride in Orlando, Florida.

Even with those credentials, though, the Pontiac Trans Sport wasn’t exactly the definition of ‘rare' or 'desirable.' In its near 10-year run, the minivan was available throughout the U.S. and Europe, and was most commonly used for fast food runs and trips to soccer practice, selling healthily in its time on the market. While you might be able to find a heavily-used, high-mileage example for cheap, none will be as well-kept as the one you see here.

Being offered up as part of the RM Sotheby's Duemila Ruote auction in Italy beginning on November 25, 2016, this unique Euro-spec example wears a handsome red exterior finish and features the original space-age wheel design. Under the hood, the original 3.1-liter V6 remains, producing a mere 120 horsepower (89 kilowatts) when new, as does the original grey cloth interior. Amongst a sea of sports cars and supercars that will cross the auction block at the end of the month, this Pontiac minivan is completely unique.

Though we’re not entirely sure how a Trans Sport ended up at the same auction as cars like this rare Bugatti EB110, or this legendary Lancia LC2, the pristine Pontiac will be offered at no reserve with early estimates suggesting it could go for anywhere between €1,500-€3,000 ($1,656-$3,310).