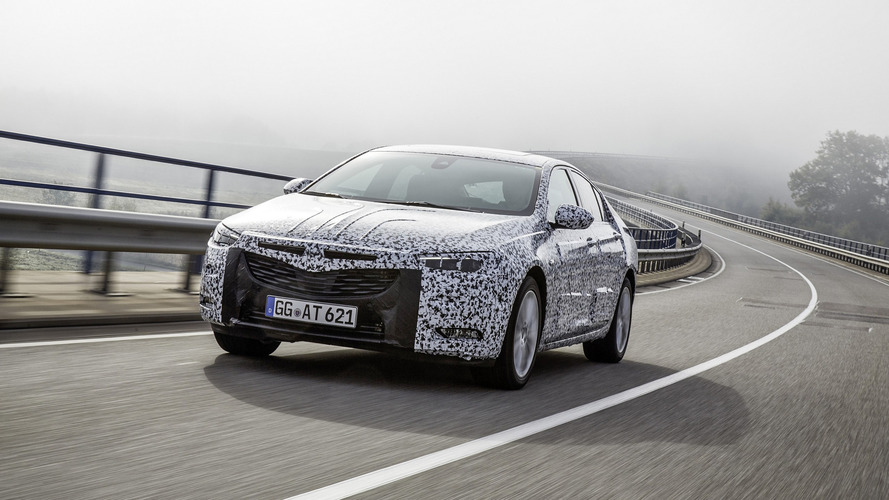 The company will launch 29 new models by the end of the decade.

Next year is going to be probably the most important in the history of Opel. The German company plans to introduce a total of seven new vehicles in 2017, and is now detailing the so-called “7 in 17” product offensive, part of a bigger plan. It says that by the end of the decade the company will have a completely new model range. To achieve this, it will launch no less than 29 new models in the next four years.

“With these seven new models for 2017 Opel will become a completely different brand within the next 12 months,” Opel CEO Karl-Thomas Neumann comments.

The first to arrive will be the Ampera-e, which was revealed at the Paris Motor Show earlier this year. Offering “sports car performance and the spaciousness of a five-door in the compact class,” the rebadged Chevrolet Bolt comes with an all-electric range of more than 310 miles (500 kilometers), according to the New European Driving Cycle.

Next is the already announced Crossland X, an SUV which will replace the current Meriva in the company’s lineup in the beginning of the year. The crossover will be joined by “an especially sporty crossover model” from the compact class.

Opel’s flagship model, the Insignia, is going to receive a new generation next year. Inspired by the Monza concept, it will arrive in three body styles – a five-door sedan with “coupe-like silhouette,” as previewed in our exclusive rendering, a station wagon with significantly increased interior space, and a more rugged Country Tourer version with an all-wheel drive.

The last new model is going to be a refreshed Vivaro, which will enter “a whole new level of passenger comfort and flexibility” next year.

“We are making electro-mobility feasible for everyday driving with the Ampera-e, Neumann explained the offensive. “The second-generation Insignia shows a new elegance, lightness and athleticism. And with the equally new crossover vehicles in the B and C segments we are extending our portfolio in a decisive area, which will give our growth significant additional impetus.”

Rüsselsheim.  Next year Opel will be driving flat out in all vehicle categories. “7 in 17” is the name of the model offensive with seven premieres in 2017. Never in its long history – automobile production since 1899! – has Opel had so many new models in a single calendar year. The “7 in 17” are part of the extensive model offensive with 29 new models between 2016 and 2020. During this period, the positioning and the portfolio of the company will be completely renewed.

“With these seven new models for 2017 Opel will become a completely different brand within the next 12 months,” said Opel CEO Dr. Karl-Thomas Neumann. “We are making electro-mobility feasible for everyday driving with the Ampera-e. The second-generation Insignia shows a new elegance, lightness and athleticism. And with the equally new crossover vehicles in the B and C segments we are extending our portfolio in a decisive area, which will give our growth significant additional impetus.”

The model offensive “7 in 17” in seven steps

1.    The range champion: Introduced at the Paris motor show, the Ampera-e will revolutionize electro-mobility as of spring 2017. With its electric range of more than 500 km (according to the New European Driving Cycle), the Ampera-e dominates its class. In addition, the Ampera-e offers sports car performance and the spaciousness of a five-door in the compact class.

2.    The new flagship: With the all-new Opel Insignia Grand Sport a five-door sedan with coupé-like silhouette, sporty handling and class-leading all-wheel drive makes its debut. Like its predecessor, more than 900,000 units of which have been sold, the new Insignia will be produced in Rüsselsheim.

3.    The large sporty station wagon: Like the Insignia Grand Sport, the new Opel Insignia Sports Tourer shares its design language with the visionary Opel Monza Concept study from 2013. The sporty front with the slim headlights signals pure dynamism. Compared to the predecessor, the interior space has increased significantly, especially at the rear seats and in the trunk.

4.    The all-rounder: With the Opel Insignia Country Tourer the Sports Tourer is joined again by an adventurer with all-wheel drive and off-road looks. The new Country Tourer is the right choice for winter-sport enthusiasts, outdoor fans and anyone who appreciates an individual appearance.

5.    The versatile touring companion: Next year the successful Opel Vivaro enters a whole new level of passenger comfort and flexibility.

6.    The car with that certain “X-tra”: At the beginning of 2017, the best-selling SUV in the B-segment – the MOKKA X – will be joined by a new crossover model (CUV) – the Opel Crossland X. The new model gives further impetus to the trend towards sporty as well as spacious CUVs.

7.    The new CUV in the C-segment: Opel will extend its offer in the compact class with an especially sporty crossover model joining the Astra and the Zafira.